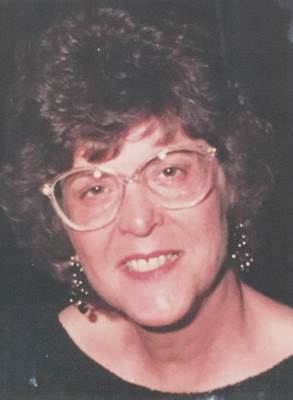 Joan Kay Smith (Hurst) was called home to be with her Lord on January 15, 2016.  Joan was a loving wife, mother, grandmother and great-grandmother.

She was born February 3, 1937 in Lancaster, Pennsylvania, the daughter of John and Ruth Hurst.

Raised in Lancaster, she met and married Samuel Smith on November 12, 1954 and spent the next twenty two years traveling overseas and throughout the states as the wife of an Air Force officer.  While busy raising their three girls, Joan was involved in the American Red Cross and the Girl Scouts as a leader both in the states and abroad.

Joan was a resident of Colorado Springs for forty three years, and after Sam retired from the Air Force she returned to school and graduated from the Beth-El School of Nursing and the College of St. Francis. She then worked at St. Francis Hospital for ten years as a Registered Nurse.

In her later years she enjoyed traveling, going on many cruises and also RVing with her grandchildren.  She loved cooking, cutting out and trying new recipes, and cherished her many family pets.

Joan will be deeply missed by her surviving family, who thank the Lord for the time they got to spend with her.

Cryptside Services will be held at 10am on Saturday, January 30, 2016 at Conestoga Memorial Park in Lancaster, Pennsylvania.

In lieu of flowers, the family would welcome donations made to the ALS Foundation or to First Lutheran Church in her memory.

Offer Condolence for the family of Joan Kay Smith