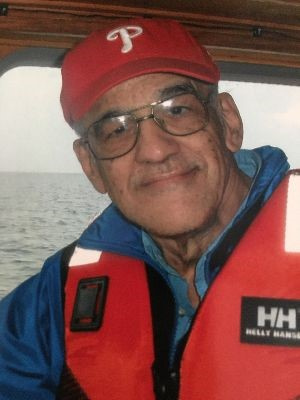 Jeremiah Russel Graul, Jr. age 76, died on May 11, 2020 from covid-19, the illness caused by the coronavirus. At the time of his death, he was living in a senior care memory center in Annandale, VA, but lived much of his life in Lancaster, PA. Always known as Jerry, he was born with cerebral palsy and lived a remarkable life, making full use of his abilities. He graduated in 1964 from Manheim Township High School, where he received an award as wrestling manager, and from Johnstown Rehabilitation Center, Johnstown, PA., a vocational training program.

Jerry’s employment included 22 years at Sears; he later worked as a cashier at several different hardware stores. He lived with his parents in Neffsville and had an active social life with many aunts, uncles and cousins. He was involved with a cerebral palsy club called Courage Club and was elected treasurer for three years running in the early 1970s. Jerry lived independently after his parents died and continued to enjoy games, puzzles, his cats, and beach trips with relatives. He was an avid Philadelphia sports fan and rooted for the Phillies and Eagles his entire life.

St. Peter’s Lutheran Church was a second family for Jerry. He was an usher and volunteered in the church office after he retired. He also volunteered at Heart of Lancaster Hospital.

Jerry loved to travel and took several European and Middle Eastern tours with his church group. He visited his sister and brother-in-law when they lived in Paris and took several other trips with them to Canada, Mexico and other destinations. Jerry enjoyed all kinds of music, with one exception: “Jeremiah was a Bullfrog.” Oh, no, don’t play that for Jerry.

When people speak of Jerry, they use adjectives such as kind, thoughtful, good-natured, funny, and, to those who knew him well, thrifty.

Jerry is survived by his sister, Susan Clark, nephew, Michael Clark and his wife Donna, niece, Jean DuBro and her husband Tom Gnecco, along with loving grandnephews and nieces Alex, Allison, Jackson, and Anna.

Offer Condolence for the family of Jeremiah Russel Graul, Jr.