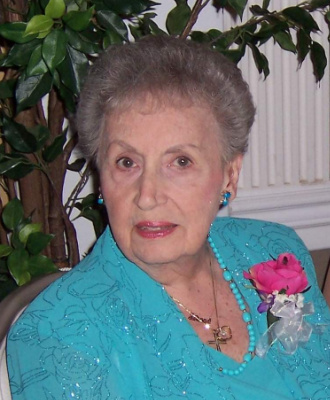 Jeanne Marie Boyce, 89, wife, mother, grandmother, great-grandmother and friend passed away on December 21, 2020 at Conestoga View Nursing & Rehabilitation in Lancaster.  She was the loving wife Joseph Boyce who preceded her in death.

Born in Philadelphia, PA she was the daughter of the late Harold and Marie (Drake) Bunn.

Jeanne was a member of Lancaster First Assembly of God where she sang in the choir and was involved with other functions at the church.

In her spare time, she enjoyed playing cards, board games, spending time with her cats, bird watching and her adoring family.

She is also survived by a brother, George Bunn (husband of Connie) of Kannapolis, NC and a brother-in-law James Malone.

In addition to her parents and husband, she was preceded in death by her sisters, Dottie Krum and Carol Malone and by a step-grandson Stephen Erb.

Relatives and friends are invited to attend a virtual memorial service by Livestream at:

on Tuesday, January 5, 2021 at 11:00 AM.  In lieu of flowers, contributions in her memory may be made to Lancaster First Assembly of God, 1025 Columbia Ave, Lancaster, PA 17603.  To leave an online condolence for the family or to view a recording of this memorial service which will be available to watch when convenient, please visit: www.DeBordSnyder.com

Offer Condolence for the family of Jeanne Marie Boyce