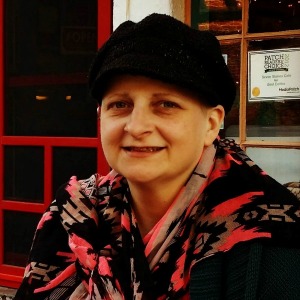 Jeannette “Jyvonne” Inman passed away peacefully early in the morning of November 11, 2017 after a courageous nine year battle with breast cancer.

Born to Dr. Michel and Carol Ossesia on May 29, 1962 in Grove City, PA, Jeannette was a graduate of Clarion Area High School in 1980 and Geisinger Medical School of Nursing in 1982. Jeannette enjoyed a successful career in nursing until cancer left her unable to work.

Jeannette has lived in many different states and served as a missionary to Brazil and Kenya. She regarded the “House on the Hill” in Willow Street, PA as her final and most loved home.

Survived by her cherished family, Jeannette had seven children: Angela (and Christopher) Hensley, Christina (and Jacob) Vreeland, Joshua Inman, Bethany Inman, Andrew Inman, Stephen Inman and Josiah Inman; four grandchildren: Henry, Elisha, Cailyn and Christa Vreeland; a brother, Michel Ossesia of Belmont, CA and a sister, Dr. Karen Zagar of Clearwater, FL. She left behind her loving parents and many nieces and nephews, as well. Many spiritual brothers and sisters around the world will also miss Jeannette, especially members of Bethel EC Church, her church home.

Jeannette gave her life to Jesus during her nursing school years, and since has earnestly sought to share His love with the world. She cared deeply for children and teenagers, welcoming them into her life with open arms. She learned to play piano and became an accomplished artist, inspiring many with her talents. Her objective in her art and her life was to encourage others in the hope found in Jesus Christ.

“Remember me as a little lamb who stumbled along and fell many times, but whose loving shepherd just kept scooping her up in His arms, comforting and holding her close to Him. Remember me as one who longs for you, too, to know the peace that I found on earth in Christ, and will last for eternity.”

Offer Condolence for the family of Jeanette Inman