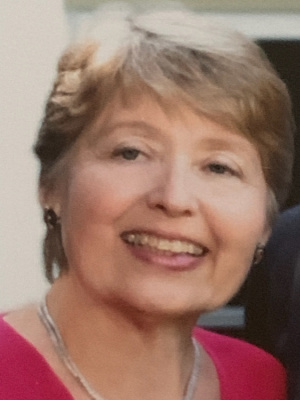 Jean L Lohin, 87, of Lititz PA passed away at home surrounded by loving family on Friday October 29, 2021. Born in Cressona, PA she is the daughter of the late Charles W. Myers and Myrtle I. Myers (Llewellyn). She was preceded in death by her best friend and loving husband of 62 years, Charles Lohin.

Jean grew up helping her mother with her family’s store and gas station, working hard pumping gas and handling oil changes. Her beloved father (his friends called him Bunny) was often traveling for work and she loved the times when he was home. She was equally intelligent and beautiful with hazel eyes and wavy blonde hair. In her later years many people commented on the natural beauty of her hair which never turned grey.

Jean’s beauty was noticed by a modeling agency during her high school years and she did some photo shoots in NYC. Her greatest admirer was her husband Charles. When he first saw her on the Penn State Schuylkill  Campus he said to his friend “That’s the girl I’m going to marry!” On her honeymoon in the Poconos, she was voted “Pocono Queen”.

Her husband Charles was always proud of her and they supported each other as they took turns returning to school. Education was something they both valued. Jean returned to school as an adult learner and mother of 3, earning a Masters Degree in Elementary Education from Millersville University. Her accomplishment was featured in Lancaster newspapers with a family picture showing Mom’s glowing smile outshining her cap and gown!

Many children at Brownstown Elementary School benefited from Jean’s intelligence, kindness and playfulness as she guided them through their first school experience as a kindergarten teacher for 25 years. She played the piano in her classroom and frequently brought work home to prepare for the next day. Her tireless and cheerful attitude toward teaching and working diligently was a wonderful example to her children. She often included us in helping her and one of our favorite projects was her creation “Lollipop” the dragon, a puppet gift she gave to every student.  Every summer, Lisa looked forward to helping her clean and prepare her room for the next year’s students.

During an international education sabbatical, Jean was invited to teach classes in New Zealand, an experience she treasured. Following retirement, Charles and Jean traveled the world extensively, enjoying each country’s uniqueness, food, architecture and music. Their travels took them to Australia, Germany, the Netherlands, Scotland, Czechoslovakia and more. The Viking Museum with its huge well-preserved ships was one of their favorites.

Jean was a devoted Penn State Football fan. She was so proud to watch from the stands of Happy Valley when her son Charlie played in their Blue Band. She loved tailgating and wearing Penn State gear. Jean was often soft-spoken except for when Penn State was playing. We were sure her high school cheerleading days caused her to cheer so loud we were convinced the players could hear her!  At home, dressed in blue and white, she would cheer loudly for her team. One of her favorite gifts was a Nittany Lion pillow from her grandson, Kane. She loved to have it close by while she cheered her team on to victory!

Jean showed her love of family with every interaction, always believing in and supporting us. She was a talented cook and loved preparing delicious meals served on a beautifully decorated table. Jean loved to do things well and paid attention to thoughtful details. She loved playing piano and singing in a clear and lovely soprano voice. Appreciation for music was encouraged in her students as she played piano and autoharp in her classroom. At home, her children benefited from years of music lessons. Jean especially loved attending Fulton Theatre shows with her friends from her teaching days and her husband. Both Jean and Charles were proud of every accomplishment of their grandchildren and attended as many of their activities as possible. Even during a time when both Jean and Charles had health challenges, they both took their walkers and squeezed them into the tight rows of seats at the Fulton to proudly watch their granddaughter Kennedy perform in Wizard of Oz. Spending time with family was Jean’s greatest love.

Relatives and friends are respectfully invited to attend a Memorial Service at DeBord Snyder Funeral Home & Crematory, 141 E. Orange St Lancaster, PA 17602 on Thursday, November 4, 2021 at 11:00 AM.  A visitation will be held from 10:00 AM until the time of the service.  Memorial contributions in Jean’s memory may be made to non-profit Music for Everyone 42 North Prince Street Lancaster PA 17603.

Offer Condolence for the family of Jean L. Lohin