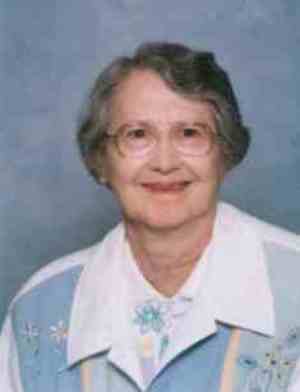 A graduate of Myerstown High School, where she graduated as valedictorian, Jean went on to earn a Bachelor’s Degree in music education from Lebanon Valley College and a Master’s Degree in organ from Westminster Choir College.

Jean was a longtime resident of Homestead Village in Lancaster, PA, where she directed and accompanied the Homestead Chorus and played organ and piano in numerous programs and services.  A devout lover of music, Jean served as a member of the Lancaster Community Concert Board and regularly attended several Philadelphia Phillies games.

A Funeral Service will be held on Saturday, June 25, 2016 at 1:00 P.M. at the Church of the Apostles, 1850 Marietta Avenue, Lancaster, PA.  Friends may call at the church on Saturday from 12:00 noon until the time of the service. In lieu of flowers, contributions can be made to The Frantz Music Scholarship Fund of The Church of the Apostles, Hospice and Community Care or The American Cancer Society.

Offer Condolence for the family of Jean E. Frantz