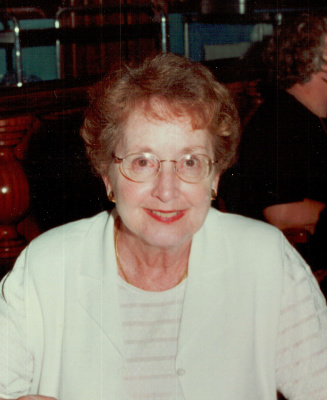 Jean taught at a small college in western PA before moving with her husband to Chester County, where she continued to teach literature and writing at Owen J. Roberts High School until her retirement. In addition, while there, she sponsored the school newspaper, the yearbook, the literary magazine, and put out the newspaper for 200 district teachers. In the community where she and her husband lived, she served as a church Deacon and participated on several church commissions at Fairview Presbyterian Church. She was on the Wallace Township voting board and on the Township Planning Commission and wrote feature articles for Chester County newsletters. Jean also enjoyed teaching dancing with her husband at a community college. She and her husband lived in the Downingtown area for 40 years and at Woodcrest Villa in Lancaster for the last nine. Through the years, Jean has enjoyed reading novels, working crossword and sudoku puzzles, and playing bridge, as well as attending plays and concerts. In the last 15 years, Jean has also turned to painting and joined a national art guild, and later attended drawing classes.

She was a member of Wayside Presbyterian Church. Memorial services will be held at Woodcrest Villa, 2001 Harrisburg Pike, Lancaster, PA 17601, on Tuesday August 6th. Visitation starting at 10am, services at 11. A light lunch will be served after the services.  In Lieu of flowers, contribution in her memory may be made to:  Ann B. Barshinger Cancer Institute, 2102 Harrisburg Pike, Lancaster, PA 17601.

Offer Condolence for the family of Jean Bellis