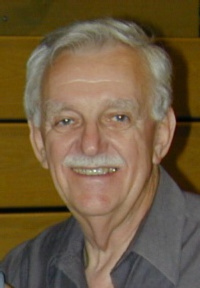 He was a loving husband, father, grandfather, great- grandfather, and uncle. He is survived by his wife of 70 years, Janet L. (Baker) Simmons. In addition to his wife, he is survived by his children, Kathleen Smith (Kenneth), Patricia Johns (Larry), both of York, J. Kevin Simmons (the late Carol), Millersville, and Michael Simmons (Deborah), Lynchburg, VA, his grandchildren Dustin Johns (Amanda), Laurel, MD, Laura Evans (David), York, Dana Johns (Kayla), Salt Lake City, UT, Gabriel, Taryn, and Molly Simmons, all of Lynchburg, VA, and Jennifer Simmons, Millersville, and his great- grandchildren, Lily, Violet, and Iris Evans, all of York, Katherine and Ava Johns, both of Laurel, MD, and Sebastian and Rooney Johns, both of Salt Lake City, UT. He is also survived by a brother-in-law, two sisters-in-law and many nieces and nephews.

Jay was a 1947 graduate of McCaskey High School and served as class president. He kept in touch with many of his former classmates when they had breakfasts together at local restaurants. He attended Franklin and Marshall College. Jay played professional baseball as a shortstop for the Braves organization from 1948 to 1951 and was a member of the Association of Professional Ball Players of America. He was a self-employed home builder and masonry contractor. Jay and Janet raised their family in a house that he built himself.

Jay’s passion was reading, especially the classics and history. He will be passing on his extensive library of treasured books to his children to share with family. He loved singing and musicals, and enjoyed being part of the cast of Fiddler on the Roof with the Actors Company of Pennsylvania at the Fulton Theater in 1997.
He also enjoyed coin collecting and snowmobiling. Jay was a charter member of the Millersville Hunting Club and enjoyed camaraderie with club members for over fifty years. Following his retirement Jay and Janet toured the United States by car and motorcycle.

Due to the current Covid pandemic the family will have a private graveside service at Conestoga Memorial Park, Lancaster. A celebration of Jay’s life will be held at a later date. In lieu of flowers, the family requests memorial contributions may be made to Flight 93 National Memorial, PO Box 96591, Washington, DC, 20090-6591, to Water Street Mission, 210 S. Prince St., Lancaster, PA 17603, or to The Salvation Army, 131 S. Queen St., Lancaster, PA 17603.

Offer Condolence for the family of Jay L. Simmons