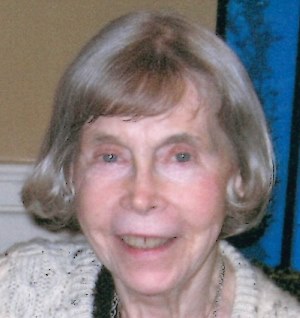 Janet T. Dahrsnin, of Lancaster, PA passed away Wednesday, February 17, 2016 at The Glen at Willow Valley.  She was the beloved wife of Edwin A. Dahrsnin to whom she had been married since January 12, 1970.

Born in Chester, PA, Mrs. Dahrsnin was the daughter of the late Samuel J. and Martha A. Myers Talbot.  Prior to moving to Willow Valley, she was employed by Pennsylvania Rail Road/Conrail as Executive Secretary and Administrative Assistant for 30 years.

She was an active member of First United Methodist Church, Lancaster.  She was very family oriented and loved ballroom dancing as well as traveling with her dear husband Ed. She enjoyed volunteering with the children at Schreiber Pediatric Rehab Center.

The family kindly requests no flowers. Memorial Contributions in Janet’s memory would be gratefully accepted by Schreiber Pediatric Rehab Center, 625 Community Way, Lancaster, PA  17603 or a charity of one’s preference.

Offer Condolence for the family of Janet T. Dahrsnin