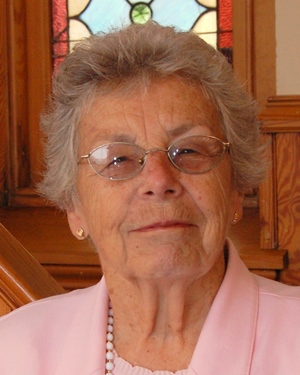 She was the wife of the late Robert B. Wilson who died in 2005.  Born in Byerland, Pequea Twp., she was the daughter of the late Charlie A. Abel and Edith E. Eshleman.

Early in her life, Janet had worked a few years at the former Frantz Candy Factory and spent most of her life as a homemaker.  She was a member of the Boehm’s United Methodist Church and had been active in the choir.

A Memorial Service will be held on Tuesday, December 22, at 11:00 A.M. at the Boehm’s Chapel, 13 W. Boehms Road, Willow Street, PA with the Rev. Michael W. Sigman officiating.  The family will greet friends following the service.  Interment will be private and held at the convenience of the family in the adjoining church cemetery.  In lieu of flowers, contributions in Mrs. Wilson’s memory may be made to Boehm’s Chapel Society, P. O. Box 272, Willow Street, PA 17584.

Offer Condolence for the family of Janet Marie Wilson