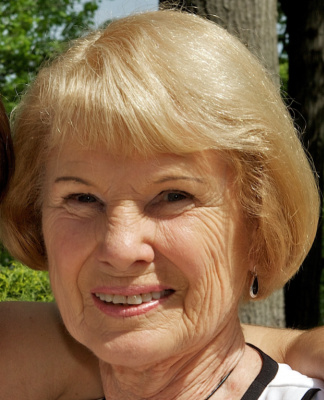 Janet L. Simmons, 91, passed away at Legend of Lancaster, Lancaster, PA, on Monday, January 10, 2022.  Born in Millersville, PA, on November 8, 1930, she was the daughter of the late Harry M. and Emma (Leaman) Baker. She was predeceased by her loving husband of 70 years, Jay L. Simmons, and by her siblings Harry L. Baker, Sara A. Groff, and John L. Baker.

She was a loving wife, mother, grandmother, great- grandmother, and aunt. She is survived by her children, Kathleen Smith (Kenneth), Patricia Johns (Larry), both of York, J. Kevin Simmons (the late Carol), Millersville, and Michael Simmons (Deborah), Lynchburg, VA, her grandchildren Laura Evans (David), York,  Dustin Johns (Amanda), Laurel, MD, Dana Johns (Kayla), Salt Lake City, UT, Jennifer Simmons, Millersville, Gabriel Simmons, Charlottesville, VA, and Taryn, and Molly Simmons, both of Lynchburg, VA., and her great- grandchildren, Lily, Violet, and Iris Evans, all of York, Katherine and Ava Johns, both of Laurel, MD, and Sebastian and Rooney Johns, both of Salt Lake City, UT.  She is also survived by a brother-in-law, two sisters-in-law and many nieces and nephews.

Janet was a 1948 graduate of McCaskey High School and enjoyed cheerleading for the school.  She worked in various businesses as a bookkeeper and ended her career at Central Paper Box, Lancaster, PA.  Janet’s passion was cooking, canning, and especially baking.  She developed an outstanding reputation for her “best ever” cookies and pies that she generously gave to family and friends along with her beautifully canned fruits and vegetables. Janet’s other great passion was gardening, both vegetables and flowers. Her gardens were extensive and well kept.  She enjoyed planting new varieties of plants and learning about them.  Janet and her husband Jay toured the United States by car and coast to coast by motorcycle. Janet also took up jogging and continued pursuing that into her eighties.

Due to the current COVID pandemic the immediate family will have a graveside service at Conestoga Memorial Park, Lancaster, and a celebration of Janet’s life at a later date.  In lieu of flowers, the family requests memorial contributions be made to Water Street Mission, 210 S. Prince St., Lancaster, PA 17603, or to The Salvation Army, 131 S. Queen St., Lancaster, PA 17603.

Offer Condolence for the family of Janet L. Simmons