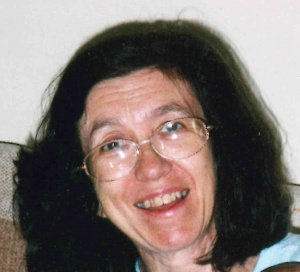 Janet L. Perkins, 71, of Millersville, PA, entered the presence of her Lord Jesus Christ on Friday, March 20, 2020 at home. She was the loving wife of Harry J. Perkins.

She was born in Lancaster, PA to the late J. Marlin and Naomi (Oberholtzer) Rhoads.

She graduated from Hempfield High School and sang in the Manheim Area Chorus as a young person.

Janet lived on several farms where her father was a tenant farmer in West Hempfield, PA.

She was a member of Calvary Church since her marriage in 1971. She enjoyed hiking, bird watching, enjoying nature, trips to Sandy Cove, Jersey Shore, Rock Hall, MD, and Elk Neck State Forest, MD. She also did, and was good at, putting together puzzles.

She is survived by her husband and daughters, Karen Sue, of Lancaster, and Anita wife of Jason Witmer of Ephrata, two grandchildren, Justin and Adam Witmer of Ephrata, sisters Linda wife of Steve McClain of Marticville, and Lois wife of Bob Murr of Fayetteville. She was preceded in death by her parents and by a sister, Shirley Ann Phipps.

A memorial service will be announced at a later date at Calvary Church. Interment at Indiantown Gap National Cemetery.

In lieu of flowers, memorial contributions may be made to the Missions Fund at Calvary Church.

Offer Condolence for the family of Janet L. Perkins