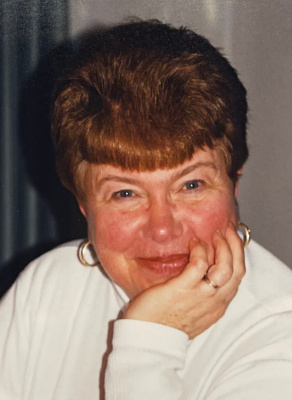 Janet G. Teisen, 79, of Willow Valley Communities, Willow Street, PA went home to be with her Lord and Savior on June 21, 2022 at her home surrounded by family.

Janet Eileen Gabrielsen was born on November 21, 1942, in Orange, NJ, to B. Christine and Olaf Arne (Bill) Gabrielsen. Janet was born twelve years after her brother Doug, a beautiful surprise to her parents and a trade-off for the dog her older brother was promised.

Janet was raised in West Orange, NJ, where she grew up with her lifelong best friend, Joan (Froisland) Olsen, with whom Janet spent her last five years at Willow Valley.

Janet asked Jesus into her life when she was approximately ten years old and has sought Him and His direction for her life ever since. She continued to display a deep faith and love for her Lord throughout her sickness.

Janet spent every Thanksgiving and most Christmases with a boisterous boy named Art Teisen due to a connection through Art’s Uncle John, who was married to Janet’s Aunt Thora. At the age of six, Janet vividly remembered her Uncle telling her she should marry Art so she could become closer to the family. However, she was not on board at the time, as she saw him as a rambunctious four-year-old. Despite Janet’s apprehensions, by the age of seven, Art already knew that he wanted to marry Janet, which eventually led to their courtship in their teenage years.

After three years of dating, Janet and Art were wed at Calvary Evangelical Free Church in Essex Fells, NJ, on September 19, 1964. They purchased their first home in East Hanover on January 18, 1966, and went on to have three children: Cindy, Steven, and Christy.

Following Janet’s graduation from High School, she began working for Colonial Life Insurance in their Personnel Department. Once Cindy arrived, she made her full-time career lovingly taking care of her family and home.

Janet was a member and actively involved in many areas of Calvary Evangelical Free Church, including teaching Sunday School to preschoolers when she was fourteen and leading Pioneer Girls, Junior Church, and Daily Vacation Bible School. Janet sang in the church choir, was a trio member, and played handbells. Throughout her time at Calvary, Janet also served on various committees within the church.

Art retired in 2000, and he and Janet were blessed with many years of travel, including visiting family and friends in Norway and seeing North America in their RV. They spent the winter months in Florida building many special friendships and enjoyed summertime in Maine. Janet continued to cherish her time in Maine and Florida after Art went home to be with the Lord.

In 2017, Janet and Art sold their home in NJ, packed up, and moved themselves to Willow Valley Communities. Shortly after their move, the Lord took Art home after 53 years of marriage. Janet was blessed with many supportive and wonderful friends, including her neighbors Janice and John Swanson.

Janet is survived by her daughter Cindy Warkentin and her husband Kent, son Steven and his wife Jennifer, daughter Christy, grandchildren Tori and Brett Warkentin and Bradley, Lauren and Rachel Teisen.

Janet’s family wants to thank all of her dear friends and our family for their love, prayers, and support during Mom’s illness of liver cancer.

Please omit flowers.  If desired, memorial contributions may be sent to:

A memorial service will be held at Grace Community Church, 212 Peach Bottom Road, Willow Street, PA  17584 at 10 a.m. on July 16, 2022.  Refreshments will be served at the church immediately following the service.

Offer Condolence for the family of Janet Eileen Gabrielsen Teisen