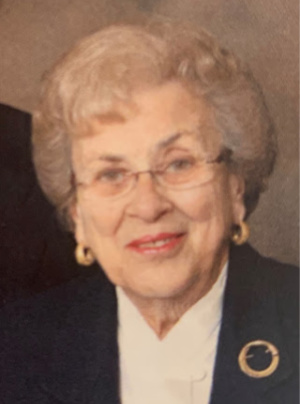 Janet E. Barthe, 92, went home to be with her heavenly father on May 26th, 2020 at Lancaster General Hospital after a brief illness.  She had been living at Mt. Hope Nazarene Retirement Community for the past year.  She was preceded in death by her loving husband Frank E. Barthe whom they shared 69 years of marriage.  Janet was a longtime member of Grace Baptist Church Lancaster where she was active for many years in choir, nursery, children’s church and camp.

Born in Altoona, PA, she was the daughter of the late George and Grace (Woomer) Meyer.  She was a homemaker until her children were older and then worked at Manheim Township High School as a cafeteria worker until her retirement.  After retirement, she and Frank worked many years part time cleaning various businesses.

Surviving are two sons, Rodney husband of Katheryn Barthe of Lititz and Kevin husband of Jamie Barthe of Elizabethtown and three grandchildren Vance, Abbey and Chad.

A private graveside service will be in Conestoga Memorial Park at the convenience of the family.   In lieu of flowers, those desiring may send contributions in Janet’s memory to Grace Baptist Church Lancaster 1899 Marietta Ave Lancaster, PA 17603 or Mt Hope Nazarene Retirement Community 3026 Mt Hope Home Rd, Manheim, Pa 17545.

Offer Condolence for the family of Janet E. Barthe