You are here: Home / Obituaries / Janet A. Dessen 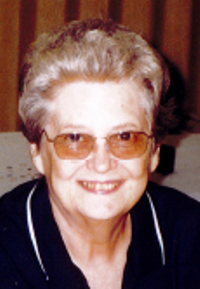 Mennonite Home. She was the loving wife of the late George R. Dessen who died in 2013. Born in Lancaster, she was the daughter of the late Emma Ryan Swain. Janet spent much of her adult life as a homemaker dedicating her life to her family.

In her spare time she enjoyed shopping, watching Law and Order and spending time with loved ones. Janet collected cardinal figurines and anything Irish. In her earlier years, Janet and George traveled to Italy, France, Nova Scotia and Florida. Janet will always be remembered for her delicious cooking.

She is survived by her sons; Larry G. of Lancaster, Gary R. (Lanette) of Bessemer, AL, and former daughter-in-law and loving friend; Nancy Dessen of Adamstown, 4

She was predeceased by her brother, Richard Swain.

Relatives and friends are respectfully invited to attend a Funeral Service at DeBord Snyder Funeral Home & Crematory, 141 E. Orange St., Lancaster, PA 17602, on Monday, June 29, 2015 at 2:00 PM with the Rev. Dr. D. Guy Carrigan, Jr. officiating. Friends may call at the funeral home on Monday from 1:30 PM until the time of the service. Interment in Conestoga Memorial Park. Flowers are welcomed or contributions may be made in her memory to the Benevolent Fund at the Mennonite Home, 1520 Harrisburg Pike, Lancaster, PA 17601.

Offer Condolence for the family of Janet A. Dessen