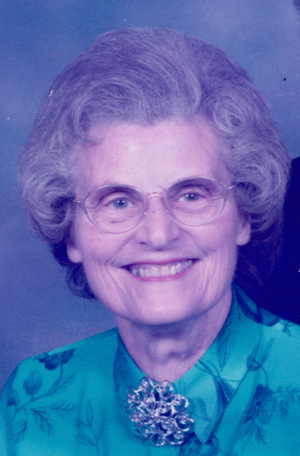 M. Jane Mull, 95 passed away on December 23, 2020 at the Glen at Willow Valley Retirement Communities in Lancaster, PA.   She was the loving wife of Walter R. Mull to whom she was married to for 71 years.

Born on December 25, 1924 Jane was just two days short of her 96th birthday.  Originally from Strasburg, PA she was the daughter of the late Isaac and Anna (Pierce) Esbenshade.

Jane retired from Armstrong World Industries in 1989 where she worked as a Data Processor and later was employed at McDonald’s during her retirement.

Jane took great pride in taking care of her home where her windows were always spotless.  In her spare time, she enjoyed working in her garden and going to Hershey Bears games with her husband.

Jane was a member of the Order of the Eastern Star and Lancaster Court #70 order of the Amaranth  where she participated in the organization’s charitable projects and a faithful member of Christ United Methodist Church where she also attended Sunday School.

In addition to her husband, Walter, she is survived by her daughter, Denise Mason and a brother, Roy Esbenshade.

In addition to her parents, she was predeceased by her brother Harry Esbenshade and her sister Arlene Leibley.

Jane’s family would like to express their appreciation for the compassionate caregivers at Willow Valley for the loving kindness they extended to her.

In lieu of flowers contributions may be made to Christ United Methodist Church, 935 E. Walnut St, Lancaster, PA 17602.

Offer Condolence for the family of M. Jane Mull