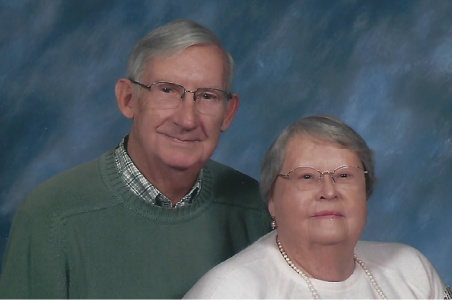 Jane Bruce Swerigen, 89 of Lancaster passed away Sunday , October 4, 2020. Born on May 10, 1931, to Katharyn Goll Bruce and Ralph Wilson Bruce and named Jane Marie Bruce. Jane graduated from Beaver Falls High School in 1949 and Geneva College in 1953. Jane received her degree in Education and had a double major in English and Speech and a minor in Social Studies.

After graduation Jane taught freshman English at Latrobe (Pennsylvania) High School. She married Robert (Bob) Swerigen on June 16, 1954. Jane taught fourth grade at New Providence Elementary (Tennessee) while Bob was serving in the U.S. Army at Fort Campbell, Kentucky. After Bob finished his military service, Jane moved with Bob wherever his career and promotions took them: Pensacola, Fla., then Lancaster, Pa., then Millville, N.J., back to Lancaster and finally to Grand Rapids, Mich. where Bob was General Manager if Prime Metals. In retirement they back to Lancaster so that Bob could teach accounting at Franklin and Marshall College. This allowed them to summer in Stone Harbor , New Jersey, the favorite family vacation spot. They eventually became snow birds and purchased a condo in Clearwater Fla. In 2008 they moved back to Lancaster and chose Homestead Village as their final community.

Jane had many interests and was active in all the communities in which she lived. Jane enjoyed golf, bowling , and flower arranging ( for which she received several blue ribbons). Her favorite activity was playing bridge (preferably with Bob) and she was a member of ACBI and achieved Regional Master Level before declining health interfered with traveling to tournaments. Jane was an avid reader. She regularly exchanged books with her daughters and grandchildren and liked discussing the various plots and characters. Jane just couldn’t stifle her inner English teacher. In fact, next to her husband, Bob, her greatest love was teaching. Once her daughters were in school, Jane began substitute teaching at Manheim Township High School. She taught there for nine years before she moved to Grand Rapids. When she returned to the area fifteen years later she substituted for another nine years before retiring.

The funeral services will be private and held at the convenience of the family. In lieu of flowers, contributions in her memory can be made to Isaiah’s Inn Inc.,314 S. Lincoln Ave., Clearwater Fla., 33756 or Water Street Ministries, 210 S. Prince Street Lancaster Pa. 17603.

Offer Condolence for the family of Jane Bruce Swerigen