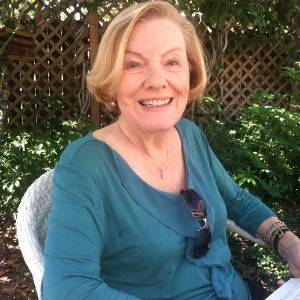 Mrs. Wilcox was the only child of the late Alpheus Oscar Brittain and the late Mary Edwards Brittain of Hershey, Pennsylvania. She graduated from Hershey High School and Hershey Junior College. She went on to graduate from Cornell School of Nursing in New York City.

It was at Cornell that she met her future husband, the late Winthrop Peabody Wilcox, Jr., who was a medical student at Cornell. They married on August 25, 1962 in Hershey. During her time in New York, Mrs. Wilcox worked as a nurse, focusing on home health.

Mrs. Wilcox then lived in Harrisburg, Pennsylvania, where she and her husband had their first daughter. The family later lived in Sacramento, California, where Dr. Wilcox was stationed in the Air Force. It was there that they had their second daughter.

Dr. and Mrs. Wilcox moved to Boston, Massachusetts, and finally settled in Lancaster, Pennsylvania, where they raised their family.  In Lancaster, Mrs. Wilcox was active in various charitable organizations. She was also an active parishioner at the Lutheran Church of the Good Shepherd. She resumed full-time work administering home health nurses for the Visiting Nurses Association in Lancaster.

Dr. and Mrs. Wilcox eventually moved to Naples, Florida, where they enjoyed golf and the gorgeous Florida weather.

After her husband’s death in 2013, Mrs. Wilcox moved to Oakton, Virginia, to be closer to one of her daughters.

Offer Condolence for the family of Jane Brittain Wilcox