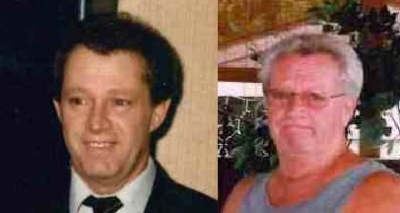 Jan D. Trout, 73, of New Providence, passed away unexpectedly following a recent surgery on Monday, July 20th, 2015 at his home.  Born in Lancaster, PA he was the son of the late Roland E. and Hilda (Myers) Trout.

After high school, Jan spent much of his career as a custodian for the County of Lancaster then retiring from WGAL.

He was of the Lutheran Faith.

Jan is survived by his longtime companion Marion Eckman.  In addition to Marion he is survived by his children Larry Trout (husband of Regina) and Shelly Trout; stepchildren Donna Hurley (wife of John), Theda Cauler (wife of Bob), Douglas Eckman (husband of Cindy) and Janet Miller (wife of Bobby).  Jan is also survived by two sisters, Faye Williams (wife of Tom) and Nancy Schaffer (wife of Jim).  Also surviving are 7 grandchildren, 8 great-grandchildren, and numerous nieces and nephews.   He was predeceased in death by his sister, Doris Cirillo, and two brothers, Roland E. Trout, Jr. and Dwight M. Trout.

Relatives and friends are respectfully invited to attend a Funeral Service at the DeBord Snyder Funeral Home & Crematory, 141 E. Orange St., Lancaster, PA 17602 on Thursday, July 23, 2015 at 11:00 AM with the Rev. David D. Kreider officiating.  A viewing will be held prior to the service at 10:00 AM until the time of the service. Interment will be in Millersville Mennonite Cemetery.

In lieu of flowers, contributions in Jan’s memory may be made to The Humane League of Lancaster, 2195 Lincoln Hwy E., Lancaster, PA 17602.  T

Offer Condolence for the family of Jan D. Trout