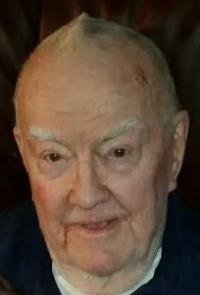 James W. Treichler, of Lancaster, PA and a WWII Navy Veteran, passed away on Friday, October 23, 2015 at the age of 89 years. He was preceded in death by his wife of 64 years Ruth (Fletcher) Treichler and his parents Warren and Minerva (Kline) Treichler.

Jim retired from Sperry Rand New Holland as an Engineer. After retirement he went on to teach at Thaddeus Stevens College of Technology.

Jim, who had a great love for learning and was a voracious reader, held several degrees including a Ph.D. in physics.

He was a family man who enjoyed doing many projects around the house with the help of his wife and children. He greatly enjoyed photography and was seldom without at least one camera. His interests and hobbies were many and varied.

He is survived by his five children, Warren Treichler, husband of Betsy; William Treichler; Susan Stiffler, wife of Rodney; Carol, companion of Terry Ashby and Beth Ritter, wife of Richard; nine grandchildren and ten great grandchildren. He was preceded in death by a grandson.

Relatives and friends are respectfully invited to attend a Funeral Service on Thursday, October 29, 2015 at the DeBord Snyder Funeral Home, 2024 Marietta Ave., Lancaster, PA 17603 at 2:00 PM with the Rev. Barry Smock officiating. The family will greet friends from 1:00 PM until the time of the service. Interment will immediately follow the service in Silver Springs Cemetery.

Offer Condolence for the family of James W. Treichler