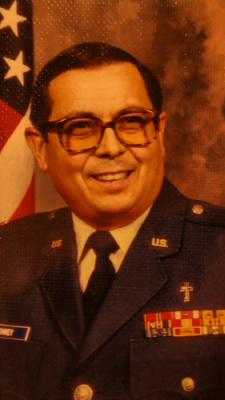 James (Jim) W. Kinney, 84, a resident of Willow Valley Retirement Center in Willow Street, Pennsylvania, passed away on January 15, 2022.  He was the dearly beloved husband of Lois Marie Kinney [nee Bouknight], who survives him.  He also leaves behind a daughter, Martha, of Shirley, NY and her wife Leah Finch; a son, Gordon, of Port Deposit, MD and his wife, Lisa, and their children, Alison, Amalie, and Elisabeth; a brother, George, of Mt Gretna, PA and a sister, Sarah Mae Whitley, of Harrisburg, NC.

Jim was born in Winston-Salem, NC, to Paul G. and Annie Mae Kinney.  He was shaped by his early years growing up in the rural south, developing an abiding life-long love for farms and farm equipment as a boy. He was a graduate of UNC-Chapel Hill (1960) and of the Lutheran Theological Seminary in Columbia, SC (1963).  Like his father before him, he was ordained a pastor in the Lutheran Church in America, and served as a parish developer in Greeneville, TN, as a pastor at St. Timothy’s, Hendersonville, TN, and at Sharon Lutheran, in Statesville, NC.

In 1968, Jim achieved his boyhood dream, as he was commissioned a chaplain in the United States Air Force.  That career enabled him to combine his passion for travel, service to others, and the military.  He moved 14 times in his 28 years of active duty in the Air Force, enjoying every assignment, while serving his command, his nation, and God faithfully. He was proud to have served in Vietnam. While stationed in northern Italy from 1973-1976 and in the outback of Australia from 1978-1980, he reveled in taking his family on epic cross-country trips in his 1972 orange VW camper van, instilling in both his children a love of travel and adventure.  His overseas postings also included Incirlik, Turkey and Riyadh, Saudi Arabia.

After he retired from the Air Force in 1996 as a Lieutenant Colonel, Jim remained active in the communities around him, carrying out his call to serve others.  He was proud of his work as interim pastor of Martin Luther Lutheran Church in Mobile, AL, a historically black congregation in the Evangelical Lutheran Church in America and enjoyed working as a half-time chaplain at the Methodist Retirement Center in Ocean Springs, MS through 2005.   Also, after his retirement, Jim was able to take full advantage of a summer cabin he and Lois had built in the early 1990s near Red Feather Lakes, CO.  He vacationed there every summer through 2015, enjoying life at 9000 feet, leading hikes, along with his wife, and working on his 1948 Ford Farmall tractor, named “Oscar”, which he rode in the yearly Independence Day parade.

In 2006, Jim moved to North East, MD to be nearer his grandchildren and lived there until moving to Willow Valley Retirement Center in 2016.  While living in North East, Jim volunteered weekly at the local Episcopal Church’s food pantry and served for a few years as the interim pastor at Bethel Lutheran Church, North East, MD.  His grandchildren’s favorite memories of Grandpa Jim were from around the table—he always had time to carefully slice apples for them and to make, with delight, his Maryland Crab soup for them.

The light of his life was his wife, Lois.  She was his shining star from the moment he laid eyes on her at a regional Lutheran Student’s Association Meeting in 1959.   They were partners in life and love, and Jim’s face always lit up whenever she entered the room—until the very end of his life.

He was a writer—slow and methodical with his words, he was precise and exacting, framing his thoughts carefully as he wrote and spoke.  A thoughtful and careful listener, he was sought out by airmen, officers, parishioners, and friends to weigh in on issues they faced.  He was generous with his time and able to offer helpful solutions in both professional and personal matters.

He loved watching college basketball and was an inveterate University of North Carolina—Chapel Hill supporter.

His bass voice was welcomed in the glee clubs and choruses he joined throughout his life, and that voice was always delightful to harmonize with as hymns were sung in church.

His voice will be missed, and more importantly, Jim will be sorely missed—by his wife, his children and grandchildren, his brother and sister, and by the military and faith communities which he so ably served.

The family would like to express their deep gratitude to the nurses and staff of the skilled nursing facility at Lakeside in Willow Valley Retirement Community.  They were unstinting in their care of Jim during the two years he lived there.  He lacked for nothing.

A funeral service will be held at 11:00 am, Saturday, January 22, at Ascension Lutheran Church, with a viewing at the church beginning at 10:00 am.   Internment will be at Fort Indiantown Gap National Cemetery on Monday, January 24, at 11:00 am.  Family and friends are welcome at both services.

Contributions may be made in his memory to Lutheran World Relief at https://lwr.org/ways-to-give

Offer Condolence for the family of James W. Kinney