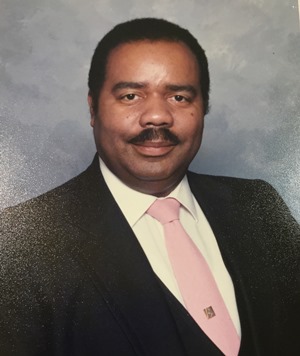 He attended the Philadelphia school system where he graduated from Benjamin Franklin High school. While in school he studied vocational trades such as carpentry, electrical and heating, as well as being involved in the marching band. He was later drafted in the United States Army which he completed two tours of duties in Vietnam. He later married Christine Jackson and had 3 beautiful children.

In 1988 he relocated to Lancaster, then married Georgette White and had two more children. In 1994 James worked as a special education teacher’s aide for the Lancaster County School District and met Carolyn. They were married on February 17, 1995 and they remained devoted to each for the remaining 22 years of his life. During this time James recommitted his life to Christ and was a member of the music ministry for New Life Church where he played drums and percussion. James took great pride in his musical prowess and continued until he was medically unable to participate. He was also a die-hard Redskins fan who would proudly wear his team cap during the NFL football season. He also enjoyed home improvement project shopping at Lowe’s and BJ’s. James was a collector of antiques. He enjoyed going to Ruby Tuesday for weekly BBQ.

Friends and relatives are respectfully invited to a visitation on Monday, August 7, 2017 from 11 a.m. until the service at 1 p.m. at DeBord Snyder Funeral Home & Crematory 141 E. Orange St Lancaster PA 17602. Burial will follow the service at Conestoga Memorial Park, Lancaster PA.

Offer Condolence for the family of James W. Easley III