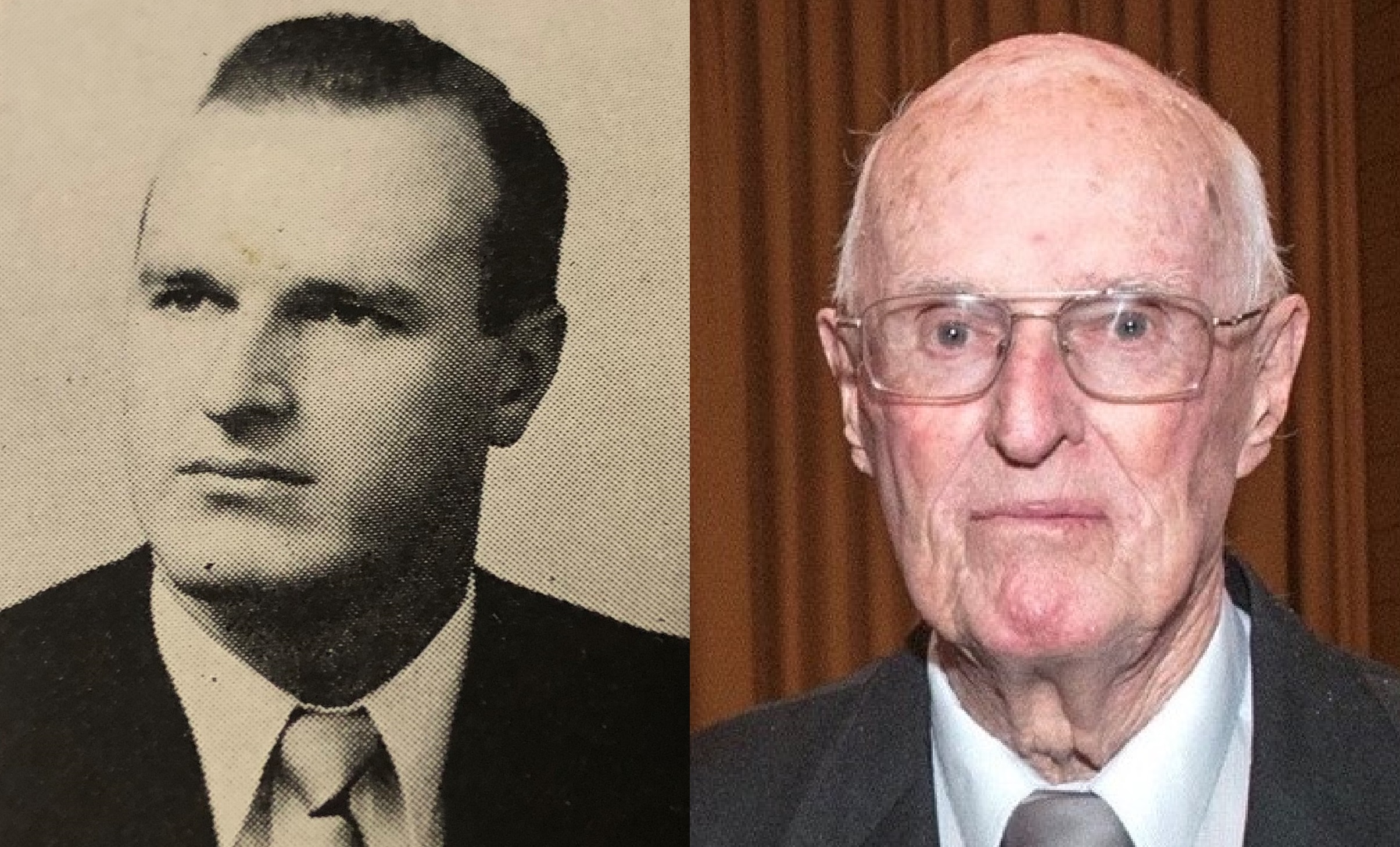 James R “Jim” Todd Sr, 94, passed away peacefully on Sunday March 22, 2020 at Long Community at Highland in Lancaster, PA.  He was the loving husband of the late Lois Cushman Todd to whom he was married to for 54 years.

Born November 26, 1925, in Lancaster, he was the son of the late Aaron and Eva Ehrgood Todd.

Jim was a proud graduate of J.P. McCaskey and Millersville State Teachers College. He later earned his Master of Education from Temple University.

Jim was a teacher and guidance counselor at Penn Manor High School for 31 years.  He taught Driver’s Ed and History. He also coached baseball and basketball. He served wherever he was needed, agreeing to coach golf, even before ever having played the game himself! He retired in 1985, but continued to speak fondly of his former students and student athletes throughout the rest of his life.

Jim served in the Army Air Force during World War II in Saipan. He earned the rank of Sergeant and worked on B-29 Bombers as a radar mechanic. He was part of the 875th Bomber Squadron 20th Air Force.

At Millersville, Jim became an outstanding baseball and basketball player. He declined an offer to play for the St Louis Browns, opting instead to take the teaching job (which paid more!) and stay in Lancaster to raise his family. He did continue to play and excel at baseball in a competitive Lancaster County league.  He also was a highly respected football and basketball official for over 30 years.

He took up golf and enjoyed many years playing with a regular group of guys at Four Seasons Golf Course. After retirement, he and Lois enjoyed traveling to visit relatives and spent most winters in Florida.  He loved doing the scramble and crossword puzzles in the daily newspaper.

Jim was predeceased by his wife, Lois, as well as eight brothers and two sisters. He is survived by his son James R Todd Jr (Elsie), his daughter Cindy A. Gebhard (David) and his son Donald M Todd (Jennie). He is also survived by seven grandchildren; Jim’s daughters Natalie and Ashley; Cindy’s children David Jr, Connie and Ryan; Don’s children Danielle and Christopher, twelve great grandchildren, and several nieces and nephews; all of whom he adored.

His legacy is how well he loved and cared for his wife and children.

As a service isn’t planned at this time, please omit flowers. However, if you’d like to honor Jim’s life, consider donating to your local YMCA or Boys’ Club. Or, maybe you could buy a kid a ball, teach them to throw or dribble (with both hands), or to punt a football.  Instill, in a young life, the value of respect to parents, teachers, coaches, and referees. That would make him smile.