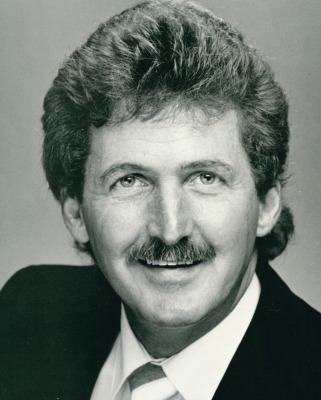 J. Peter Watt, 77, of Lancaster, passed away on April 23, 2017 at Hospice & Community Care. Born in Lancaster, PA., he was the son of the late James Russell and Hazel (Kershner) Watt.

After graduating from J.P. McCaskey High School, he went on to spend much of his career with various organizations which included Sears, Ed Fisher Datsun, Coleman’s Ice Cream, and most recently with Oregon Dairy.   His true passion however which started at the age of 12 was that of magic after receiving his first trick as a present from his mother. It continued through life which earned him recognition and many awards including honors from the Society of American Magicians (SAM).

In addition to his stage shows which included Dutch Wonderland, Pete was known for his parlor style and close-up magic often performing at venues such as Prudhommes’ Lost Cajun Kitchen, Valentino’s, and Friendly’s in Lancaster and York.  Many people knew him for his quick wit and sense of humor and was always prepared to offer a magic trick often utilizing his famous fire wallet. He was also well known for his illusion man in a cage carried by a gorilla.

In his younger years, he enjoyed scuba diving and was a member of the Scuba Club of Lancaster, participating in the sport of trapshooting where he won many state and county titles, and was one of the original members of the Vagabonds where he developed his love for drag racing.  He enjoyed spending time with his friends at the former Ziggy’s Magic Shop and being with his family.  He was also a direct descendant of the co-owner of the former Watt and Shand department store.

He is survived by his son, Steve R. Watt (husband of Lisa) of Lancaster; nieces, Patty Overly (husband of John), Cindy Brazina (husband of John); nephews, James John and Michael John.  He was predeceased by a sister, Katharine “Kitty” Watt Bisking.

Relatives and friends are respectfully invited to attend a Funeral Service at the DeBord Snyder Funeral Home & Crematory, 141 E. Orange St., Lancaster, PA 17602 on Friday, April 28, 2017 at 12:00 noon with the Pastor John Winterstein officiating.   A viewing will be held on Friday from 10:00 AM until the time of the service. Interment will be in Conestoga Memorial Park.

In Lieu of flowers, contributions may be made in his memory to Hospice and Community Care of Lancaster 685 Good Drive PO Box 4125 Lancaster PA 17604 or to the Lancaster County SPCA, 848 S. Prince St, Lancaster, PA 17603.

Offer Condolence for the family of James Peter Watt