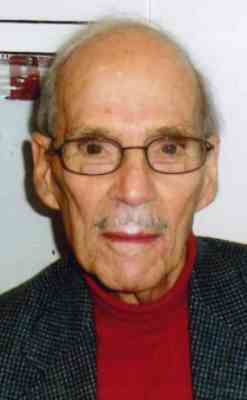 James L. “Lee/Skip” Sauder, 91, of Willow Street, went home to be with his Lord and Savior on Thursday, July 21, 2016 following extensive heart issues for many years.

He was married 65 years to Rose Marie Lines Sauder.  Born in Mountville, he was the son of the late Clarence and Melba Hershey Sauder.

James graduated from Stevens Trade as a Machinist and then worked for Wickersham Construction for 36 years from 1950 to 1986.  He was named a job foreman in 1963 and was known for his perfection in carpentry.  He served in the U.S. Marine Corps for 3 ½ years during World War II, traveling to Europe and Iceland and served in the Japanese Invasion.

He had been a member of St. Paul’s United Methodist Church and was a member of the choir for over 50 years.   He recently became a member of Grace Community Church in Willow Street.  Lee enjoyed traveling extensively with the Silver Threads following his retirement.  He enjoyed boating on the Chesapeake Bay, fishing, and water skiing.

Surviving besides his wife are two daughters, Susanne, wife of Larry Kline of Willow Street, and  Barbara, wife of Dale Andrews of East Petersburg;  daughter-in-law Stephanie Sauder of Lancaster; three grandchildren, Kimberly, wife of Erik Hoferer, Tamara, wife of Brian Gouger, and Mark, husband of Janet Andrews; six great grandchildren, Sarah and Heather Andrews, Austin and Zackary Hoferer, and Justin and Alexander Gouger; and a sister Rosalie Johnson of Lancaster.  He was preceded in death by a son, James Sauder, a granddaughter Shari Weaver, a brother Clarence Sauder, and a sister Minnie Stevenson.

Offer Condolence for the family of James Leon Sauder