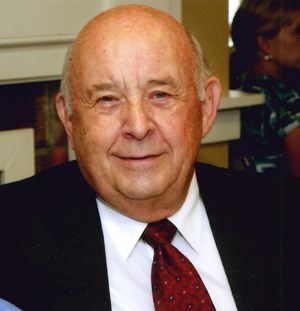 James L. Rhoads, 85, of Woodcrest Villa in Lancaster, passed away on May 6, 2015, at Lancaster General Hospital.  He was the loving husband of Ruth L. Rhoads to whom he was married to for 63 years.  Born in Reading, PA, he was the son of the late Vernon L. and Florence C. (Lykens) Rhoads.

After graduating from Penn State University with a Master’s of Science Degree, he spent his career with RCA as a ceramics engineer earning multiple patents.

A Memorial Service will be held at Holy Spirit Lutheran Church, 3131 Columbia, Ave., Lancaster, PA 17603, on Friday, May 15, 2015, at 11:00 AM officiated by Rev. Clifton D. Eshbach.  A visitation will occur also on Friday from 10:00 AM until the time of the service.  Interment will be private and at the convenience of the family.  In lieu of flowers, contributions in James’ memory may be made to Holy Spirit Lutheran Church at the address above or to the Benevolent Fund at the Mennonite Home, 1520 Harrisburg Pike, Lancaster, PA  17601.

Offer Condolence for the family of James L. Rhoads