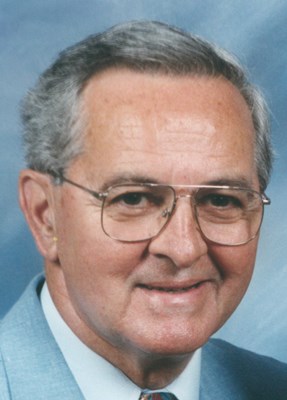 James J. Sheely, 87, a resident of Cornwall Manor in Lebanon County and formerly of Lancaster, died on Friday, December 30, 2016 of complications related to Parkinson’s Disease and pneumonia at the Good Samaritan Hospital in Lebanon.  He and his wife, Janet K. Sheely would have been married for 68 years on January 30.

Jim was born in Lancaster to the late Lloyd William and Margaret Jacoby Sheely in 1929.  He, his mother, and his brother and sister, Lloyd and Mary Jane lost their husband and father at an early age.

Jim finished J.P. McCaskey High School in 1948 and began working for Meiskey’s, a wholesale jewelry and watch supply house.  He and Janet were married at Memorial Presbyterian Church in Lancaster in 1949.  He also worked for Hess’s Department Store, and eventually, bought the R.S. Manus supply business and several small companies, which became James J. Sheely Wholesale Distributors.  Janet was his partner in life and in business.

In their early married life, Jim and Janet had three sons – Scott, Bruce and Mark.  The boys became the focus of his activity from Boy Scouts to sports to camping.  Jim was always involved.  He served in the US Naval Reserves from 1947-1955.  He and Janet were charter members of the Community United Methodist Church in Lancaster.

As the business became more successful, Jim bought the building that housed the business on N. Queen St. where they lived in one of the apartments.  He and Janet also had a vacation home in Lehigh Acres, FL and a more permanent home in Mt. Gretna, first in the camp meeting grounds and then on Timber Road.  Jim was always executive chef at the barbeque grill during family gatherings by the pool in Mt. Gretna.  He was also an active member of the Sertoma Breakfast Club.

In their later years, Jim and Janet retired to Cornwall Manor in Lebanon County.  Jim lived with Parkinson ’s Disease for more than 20 years and was cared for in the Health Center of Cornwall Manor for the last several years.

Jim was predeceased by his mother and father as well as his brother, Lloyd William Sheely, Jr. and his sister, Mary Jane Sheely Pecora.,

Relatives and friends are respectfully invited to attend a funeral service from Zerr Chapel of Cornwall Manor, 1 Boyd St., Cornwall, PA on Wednesday, January 4, 2017 at 11:00 a.m. with the Rev. Glen Esler officiating.  Family will greet friends in the Zerr Chapel on Wednesday from 10:00 a.m. until the time of service.

Interment will be in Conestoga Memorial Park on Wednesday, at 12:45 p.m.  In lieu of flowers, contributions in his memory may be made to National Parkinson Foundation, 1501 Northwest 9th Ave., Bob Hope Rd., Miami, FL  33136

Offer Condolence for the family of James J. Sheely