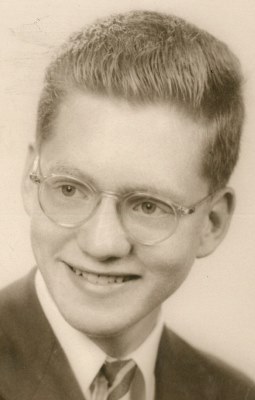 Classical pianist James D. Buckwalter, 83, died at his Philadelphia residence on April 18, 2016. Jim, as he was known to his family and friends, was the son of the late Noah D. and Carolyn L. Buckwalter.

After graduation from J.P. McCaskey High School he earned a Master of Music degree from the Philadelphia Musical Academy.

His talent was recognized early.  At the age of 17 he won the state contest for pianists sponsored by the Pennsylvania Federation of Music. Later in his career he was a guest soloist for the Lancaster Symphony Orchestra, and a featured performer at the Artists in Concert series at Franklin and Marshall College. His work included numerous recitals at the Philadelphia Ethical Society, the Philadelphia Art Alliance, and the Philadelphia Musical Academy, as well as his experience as organist and choir director at both the Methodist Church in Manayunk and the First United Presbyterian Church in Philadelphia. His principal vocation was private instruction in piano at various studios. One of his favorite memories was his lunch with American composer Samuel Barber where he played Barber’s own composition for the composer.

Jim is survived by his sister Shirley B. Master (wife of James Master) of Venice, Florida,  his brother Ronald Buckwalter (husband of Dollie, nee Fitting), and his “kid sister” Kathy B. Hoffman (wife of Tom Hoffman), of Lancaster along with several nieces and nephews.

Offer Condolence for the family of James D. Buckwalter