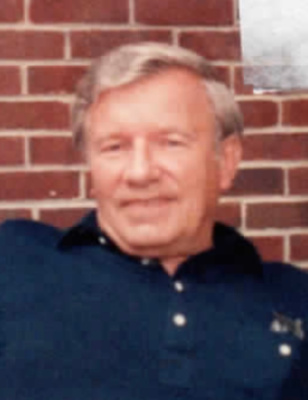 Jack E. Sherts, 91, of Rohrerstown, passed away on March 20, 2021. He was the son of the late Amos L. and Mae (Newswanger) Sherts and the loving husband of Jane (Dussinger) Sherts for 68 years.

A 1947 graduate of McCaskey High School, Jack served in Korea from September 1951- July 1952. His first job was delivering chips with his brother Bob for his granddad’s business. He then managed the Lancaster Press back numbers department for 48 years.

Jack enjoyed the beach and was proud to spend 17 summers with his entire family at the Jersey Shore. The whole family also took yearly trips to the Newswanger’s Christmas tree farm as a tradition. He loved playing golf with Ken, his “golf partner,” traveling, jigsaw puzzles, and enjoyed working on his large HO train layout. A proud veteran, Jack was a member of the Korean Veteran’s Group that met at Woodcrest Villa. He also bowled in the Lancaster Press Bowling League for 25 years and never missed any of his grandchildren’s activities.

Surviving along with his wife are three children; Jeffrey (Pamela) Sherts, Eileen Zeigler (James), and Kenneth (Valerie) Sherts, six grandchildren; Steven (Adriana), Jonathan (Marisa), Rachel, Josh, Chris, and Manny, and a cousin; Lin Newswanger. He was preceded in death by his parents and his brother, Robert Sherts.

Services will be private at the convenience of the family. Interment will occur in Indiantown Gap National Cemetery.

Offer Condolence for the family of Jack E. Sherts