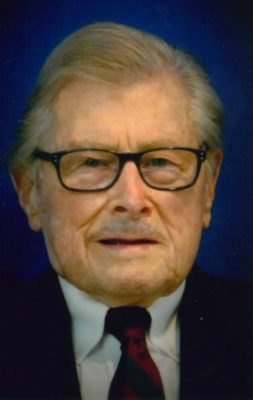 Born in Coatesville, he was the son of the late James Heston McMiname and Velma Fishel McMiname. He was a graduate of J. P. McCaskey, class of 1940, and Franklin & Marshall College, class of 1946 where he was a member of the Phi Kappa Psi Fraternity.

Mr. McMiname was an officer and pilot in the United States Air Force who trained fighter pilots during WWII.

He retired from the General Electric Company after 41 years. He was Regional Manager of Operations in Philadelphia; and Manager of Financial Practices and Investment Accounting in Bridgeport, CT.

He was President of the Yankee Sports Car Club, Trumbull, CT, and former member of the Elks Club, American Legion, and Hamilton Club. He was also a member of the Lancaster Pirates. Throughout his life he enjoyed traveling, especially on his various motorcycles, as he remarked that while riding he always knew the Lord was with him.

Vernon was a member of First Presbyterian Church of Lancaster, where he was previously a trustee and President of George Mann Bible Class.

A funeral service will be held at 11 a.m. on Thursday, June 23, 2022, at First Presbyterian Church, 140 East Orange Street, Lancaster. There will be a viewing at the church Thursday morning from 10 a.m. until the time of the service. Parking will be available at DeBord Snyder Funeral Home, 141 East Orange Street, Lancaster. Interment will be private.

In lieu of flowers, donations can be made in Vernon’s memory to one of his favorite charities, St. Jude Children’s Research Hospital. Contributions can be made online at www.stjude.org or by phone 800-822-6344.

Offer Condolence for the family of J. Vernon Mc Miname