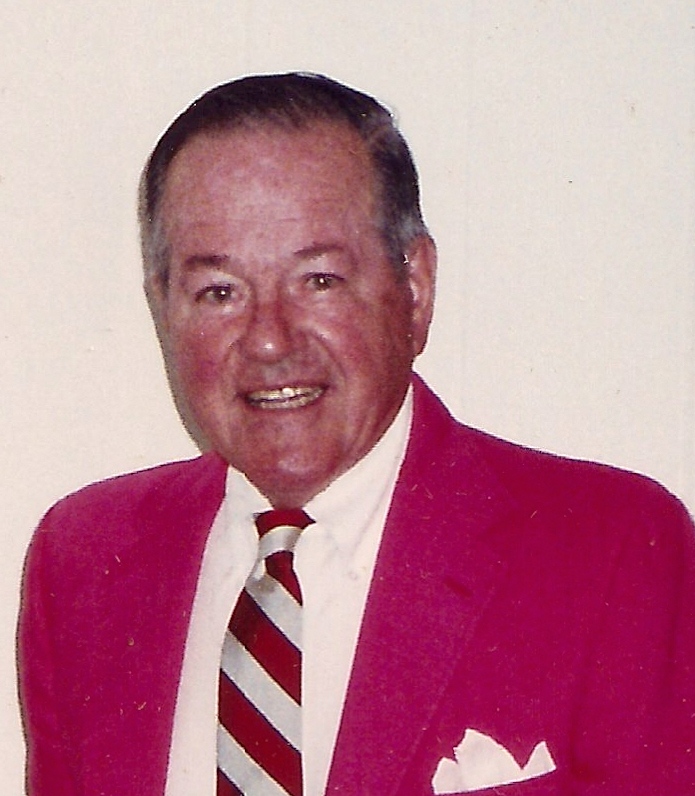 H.H. “Pat” Herr, Jr. died on Monday, February 20, 2012 after a brief illness. He was the son of Howard H. Herr and Miriam Urban Herr and grandson of the noted Lancaster Architect C. Emlen Urban. Born in Lancaster, October 3, 1919, he graduated from the Boys High School in 1937 and the same year entered Franklin and Marshall College where he was a member of the Chi Phi Fraternity and the Varsity Swimming Team.
When World War II broke out he enlisted in the Army in June 1941 and became a member of the 509th Parachute Infantry Battalion. He participated in the November 1942 Airborne Invasion of North Africa. He was interned in Spanish Morocco when the plane dropped his Unit in the wrong area. Four months later he was released and rejoined his Unit and participated in the fighting in Tunisia, Sicily and Italy. He was awarded the Bronze Star for valor and the Purple Heart for wounds he received in combat in Anzio in 1944. Returning to the U.S.A. he attended OCS and was commissioned Second Lieutenant in 1945.
After the war he was employed at Raybestos in Manheim for 16 years and became Manager of the Plastic Products Division. Upon the death of his father-in-law, B.W. Shaub, he assumed the ownership of Shaub’s Shoe Shop.
Mr. Herr was a member of the Chamber of Commerce and elected President of the Downtown Merchants Association. He served as Treasurer of the Lancaster Country Day School Board of Trustees. He was a member of the Lancaster Country Club and the Hamilton Club where he was the President of the Board from 1982 to 1984. He was a member of the Washday Club and the Lancaster Pirates. He enjoyed golf, reading and crossword puzzles.
He is survived by his wife of 65 years, Jean Shaub Herr; two daughters; Patricia Mossman wife of W. Alan Shenk of Lancaster, and Eleanor “Lynnie” Herr wife of Steven Rabinowitsh of Santa Rosa, CA. Two grandsons, Nicholas and Jackson Rabinowitsh; and a step granddaughter, Diana L. Shenk. He was preceded in death by a sister, Olivia Herr Storb.
A Memorial Service will be held on Saturday, February 25, 2012 at 11:00 A.M. at the Kearney A. Snyder Funeral Home, 141 E. Orange St., Lancaster, PA. Friends may call at the funeral home on Saturday from 10:00 A.M. until the time of the service. In lieu of flowers, contributions in Mr. Herr’s memory may be made to Hospice of Lancaster County, 685 Good Drive, P.O. Box 4125, Lancaster, PA 17604-4125 or to the Humane League of Lancaster County, 2195 Lincoln Highway East, Lancaster, PA 17602.