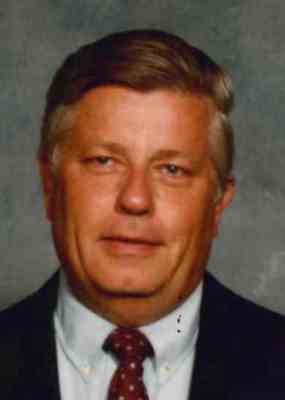 He was married 59 years to Eleanor “Ellie” Lambert Born.  Born in Lancaster, he was the son of the late Howard Born and Mary Goshkey Born.

Bud graduated from Manheim Township in 1951 where he had played tennis and baseball, and was also a 1958 graduate of Franklin and Marshall College.  He served in the U. S. Army during the Korean Conflict with the 213th Field Artillery Battalion.

He had worked in the tag and label industry working for Keener Manufacturing for many years and then finishing his career up with the Menasha Corporation in Menasha, WI.  Bud was a member of the Highland Presbyterian Church.

Bud was a PIAA baseball umpire for 40 years, umpiring high school, college and PA State Championships.  He coached midget baseball for Manheim Township.  Bud was instrumental in founding the New Era Tournament and had served as commissioner for a number of years.  He enjoyed collecting antique toy soldiers and enjoyed traveling to shows throughout the United States with his wife, Ellie.

Surviving besides his wife are two sons, Chris H. Born of Exton, and Howard “Bud” , Jr. husband of Michele Born of Gap; four grandchildren, Austin Born, Tyler Born, Christopher Born and Jillian Born.  He was preceded in death by a sister June Haldy.

Offer Condolence for the family of Howard E. “Bud” Born