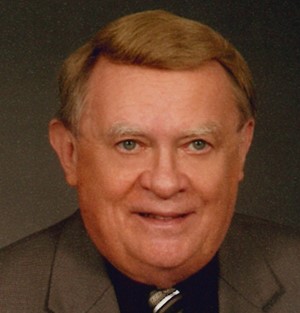 Henry “Hank” Crane Jones, 79, of Millersville, PA died on March 5, 2016 at ManorCare South of York.  Born in Nanticoke, PA, he was the son of the late Evan R. and Dorothy Shipkoski Jones.  He was the loving husband of Betty Sell Jones, to whom he had been married 47 years.

Hank was a graduate of Ashland High School, Ashland, PA, Wyoming Seminary, Kingston, PA, and Dickinson College, Carlisle, PA, where he received a Bachelor’s Degree in liberal arts and was a member of Kappa Sigma Fraternity.

Hank spent his career in retailing, beginning his career at Pomeroy’s Department Store, Harrisburg, PA, as a boys’ and men’s buyer and completed its executive training program.  He held management positions throughout his career in various upscale men’s clothing stores, including Manager of Doutrich’s, Harrisburg, PA and Manager of Hamburger’s, Lancaster, PA, and retired as an Assistant Manager from Jos. A. Bank, Lancaster, PA.  During his career in men’s clothing, many of his customers came to rely upon him for his expertise in men’s fashion and coordinating their wardrobes.  He also was known by his friends for his interior decorating skills.

Hank had a passion for dogs and earlier in his life won numerous awards in dog shows.  He was an active member of First Presbyterian Church, Lancaster, PA.

In addition to his wife, Betty, he is survived by a son, Jason R. Jones of Philadelphia.

Relatives and friends are respectfully invited to attend a Memorial Service in First Presbyterian Church, 140 E. Orange St., Lancaster, PA, 17602 on Saturday, March 12, 2016 at 11:00 a.m. with the Rev. Dr. Geoffrey Kohler officiating.   The family will greet friends at the church, also on Saturday from 10:00 a.m. until the time of service.

Offer Condolence for the family of Henry “Hank” Crane Jones