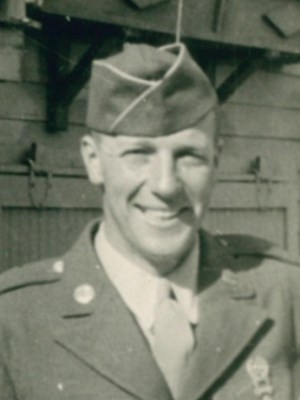 Harry was born in Columbia City, IN to the late Arthur and Hortense (Bitner) Williamson, on April 7, 1916.  He was the husband of the late Betty (Barth) Williamson with whom he shared 71 wonderful years of marriage.

Harry was a proud veteran who served in the US Army in WWII.  He was a successful businessman who ran several companies in the Buffalo, NY area.

He enjoyed playing golf for many years where he belonged to the East Aurora CC in East Aurora, NY and was proud of his “hole in one” at Bent Tree CC in Sarasota, FL where they retired to in 1978.

Harry was preceded in death by a sister, Garnett Mosher.

Anyone who had the pleasure of knowing Harry will always remember his wonderful sense of humor and being a dedicated and loving husband, father, grandfather and great-grandfather.

A private funeral will be held in Fort Wayne, IN.  Memorial contributions may be made to Wounded Warrior Project, PO Box 758516, Topeka, KS 66675.

Offer Condolence for the family of Harry Williamson