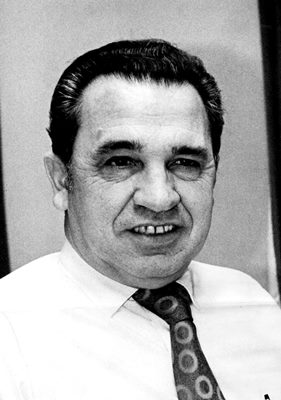 He was born in Lancaster, the son of the late Harry Thomas Eager and Anna Roehm Eager. He was preceded in death by his first wife, Mary Danner Eager, and by his three brothers, Richard, Herb and his twin, Harry Eager.

A graduate of Lancaster Boys High School (now McCaskey), Eager served in the Army in World War II as a second lieutenant in the 58th Infantry provisional battalion and then the 53rd Infantry. He served in the Aleutian Islands as a company commander as part of the Alaskan Defense from 1942 to 1944.

Other than the four years he spent in the Army, he worked for Lancaster Newspapers every year from 1937 to 1984. He began as a copy boy and was promoted to police reporter when the previous holder of that job went missing. He went on to be the sports editor, assistant city editor and city editor for the Intelligencer Journal and became the editor of the Sunday News in 1966. He won several Keystone Press Awards from the Pennsylvania Society of Newspaper Editors and established the popular “Sunday Views” column. As a sports editor, he was the first writer to coin the term “Blue Streaks,” which became the mascot of Manheim Township High School. He wrote a book on Lancaster General Hospital, “100 Years of Caring.”

He enjoyed golf, bowling, travel and spending time with his family especially at his summer home “The Crest Rest” in Wildwood Crest, N.J.

Offer Condolence for the family of Harold J. Eager