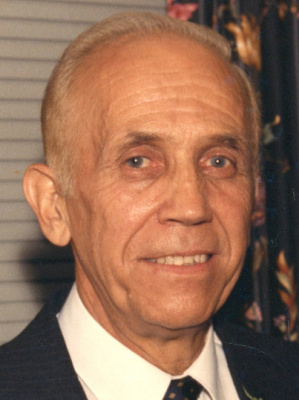 Henry Chester Haverstick, born February 2, 1918, of Manor Township, passed on to his Heavenly home on April 28, 2022 at the Mennonite Home. He was the son of the late Harvey and Ada Stauffer Haverstick. Orphaned at the age of 10, he was raised by his newly married uncle, the late Benjamin G. and Martha Stauffer.

Faith was important in Chester’s life and he was a life-long member of the Millersville Mennonite Church.  Chet supported the mission of Friendship Community and helped to establish several group homes.  Three of his sons resided in Friendship homes. He had been a member of the Gideons International, Lancaster South Camp. At the urging of some friends, Chet self-published the story of his life at age 93, “My Life as an Inventor, Parent, Partner”.

Chester was very mechanically gifted and co-founded Haverstick Bros. as an automobile repair shop with his twin brother Lester in 1946.The business evolved over the years into a welding and machine shop, specializing in hydraulics. The Haverstick brothers enjoyed the challenge of repairing difficult mechanical problems! They held a US Patent for a hydraulically operated load handling system for trucks, which they invented. Today that business is operated by the third generation as Haverstick Bros. Hydraulics.

Funeral arrangements are under the direction of the DeBord Snyder Funeral Home & Crematory, 2024 Marietta Ave, Lancaster PA 17603. In lieu of flowers donations may be made in Chet’s honor to Friendship Community, 1149 E Oregon Rd, Lititz, PA 17543.