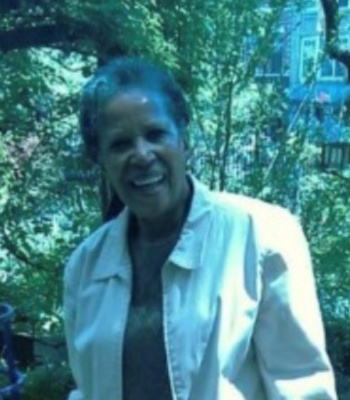 On December 22, 1938 Goldie Marie Yorke was born to Robert and Elsie Benson in Lancaster, PA.  She transitioned to eternal rest on August 1, 2021.  She was the oldest of her siblings, Fayetta Boyer, Robert “Bud” Benson (deceased) and Barbara Williams Brown (deceased).  Goldie was affectionately known as “Snookie” to her family and friends.

Goldie attended McCaskey High School in Lancaster, PA and after graduating she attended Morgan State University in Baltimore, MD where she met her husband Robert Yorke.  They were married in 1959 and after moving to different states due to army assignments, the family settled in New York City in 1968.  Goldie later went on to obtain her Bachelor’s and Master’s Degree in Early Childhood Education at City College in New York City.  Goldie thoroughly enjoyed teaching children and touched many lives at U.F.B.C.O. Day Care Center where she worked for over 10 years until her retirement.  Goldie was also an ardent gardener, painter, and all around creative artist.  Having a few of her pieces displayed at a local gallery was one of her greatest joys and accomplishments.

Visitation is scheduled on Monday, August 9, 2021 from 9:00 AM until the service at 11:00 AM at DeBord Snyder Funeral Home and Crematory 141 E. Orange St. Lancaster PA 17602. Burial at Mellingers Mennonite Cemetery will follow the service.  To view the service virtually, please click the following link:  https://my.gather.app/remember/goldie-yorke

Offer Condolence for the family of Goldie M. Yorke