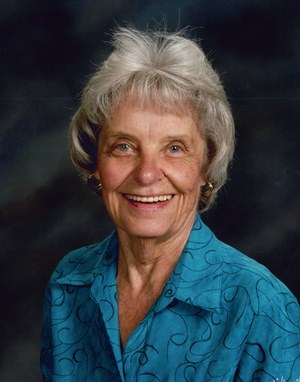 Gloria M. Nixdorf, 82, of Lancaster, passed away on Saturday October 31, 2015 at Lancaster General Hospital.  She was the loving wife of the late Jere L. Nixdorf.

Born in Lancaster, PA, she was the daughter of the late Vincent S. and Barbara M. (Chambers) Good.

She was a member of First Reformed Church in Lancaster.

In her spare time Gloria enjoyed gardening, quilting, playing pinochle, duck pin bowling at the Elks Club, and spending time at the mountains and at the bay where she was known as the “Queen Bee.”

She also had many fond memories attending Penn State and Phillies games with her late husband Jere.  Most of all she loved spending time with her family.

She was also proud member of the 7th Ward Republican Club.

She is survived by her three daughters; Karen S. Bruhn of Phoenix, AZ, Cindy L. White (wife of Kenneth) of Conestoga, PA, and Jody A. Clinton (wife of Richard) of Millersville, PA; and a son, Jere L. Nixdorf (husband of Barbara) of West Hempfield, PA.  Also surviving are 4 grandchildren and 1 great-grandchild.

Relatives and friends are respectfully invited to attend a Memorial Service at First Reformed Church United Church of Christ, 40 E Orange St, Lancaster, PA 17602, on Friday, November 6, 2015 at 11:00 AM with the Rev. Dr. Randolph Riggs officiating.  Friends may greet the family from 10:00 AM until the time of the service. Private interment will be in the church memorial gardens.  Contributions may be made in her memory to the church at the address listed above.

Offer Condolence for the family of Gloria M. Nixdorf