You are here: Home / Obituaries / Gloria B. Shultz 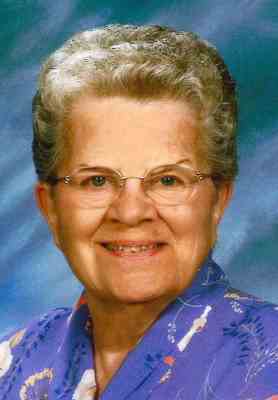 She was the wife of the late Richard L. Shultz who died in 1990.  Born in Lancaster, she was the daughter of the late Roy A. and Anna Heilman Bowman.

Gloria retired from Dodge Cork Co. in 1978 after 34 years of employment as the administrative assistant to then President Arthur B. Dodge, Jr. She was a 1944 graduate of J. P. McCaskey High School where she had been a member of the National Honor Society.

Gloria was a member of the Lutheran Church of the Good Shepherd. At the church she was active with the Altar Guild, the Senior Shepherds, was an Ernest Evangelist, a shut in visitor, and was part of the Shepherding Program.  Earlier in life she enjoyed traveling.

Surviving is a sister, Norman J. Worthing of Lebanon, OR,  two nieces and one nephew.  She was preceded in death by two sisters, one who died in infancy and by Janet L. Trimble.

A Funeral Service will be held on Thursday, December 31, 2015 at 11:00 A.M. at the Lutheran Church of the Good Shepherd, 750 Greenfield Road, Lancaster, PA with the Rev. Mark L. Russell officiating.  Friends may call at the church on Thursday from 10:00 A.M. until the time of the service.  Interment in Riverview Burial Park.  In lieu of flowers, contributions in her memory may be made to the Lutheran Church of the Good Shepherd.

Offer Condolence for the family of Gloria B. Shultz