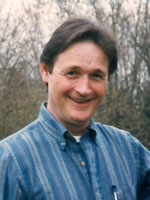 Glenn W. Wade, 68, of Lancaster passed away, Thursday, August 02, 2012 at home. Born in Lancaster, he was the son of the late Claire and Ida Orr Wade. He would have been married to Deborah Swinehart Wade for 30 years in December.

Glenn worked for Cadmus in Lancaster, for almost 48 years and served as a past union president. He was also a past secretary and treasurer for the Rainmakers Association. A computer enthusiast, he enjoyed reading, puzzles. He also enjoyed watching football and racing.

He was a proud veteran of the United States Navy, serving 4 years including time spent on the USS Shenandoah (AD-26).

In addition to his wife, he is survived by: a son, Glenn H. husband of Patricia Wade of York; a daughter, Kelly Lynn wife of Dan Schober of Lancaster; 5 grandchildren, Derek and Kayden Wade, Zachary, Sean and Allannah Schober; 4 nieces, Diann I. wife of Harvey Trotman, Doreen L. wife of Keith Denlinger, S. Kay wife of Gary Trostle, Claire L. Kilbourne wife of Keith Beighley; 3 nephews, Gary husband of Sue Kilbourne; Brandon and William Klugh. He was preceded in death by a sister Joan Kilbourne.

A memorial service will be held from the Kearney A. Snyder Funeral Home 141 E. Orange St. Lancaster, PA on Monday, August 6, 2012 at 2 PM. The family will visit with friends from 1 to 2 PM at the funeral home on Monday. In lieu of flowers, contributions may be sent to the American Cancer Society 314 Good Dr. Lancaster, PA 17603.

Offer Condolence for the family of Glenn W. Wade