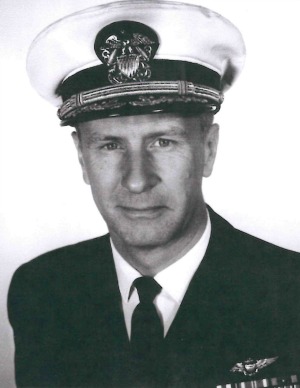 Glenn Richard Kreider, “Dick” age 95 of Lititz PA passed away December 29, 2017 at Moravian Manor.
He was born in Lancaster son of the late Elam & Anna Fromm Kreider. He was a Navy Commander for 26 years having served in the Pentagon and was awarded the Silver Star, Distinguished Flying Cross and Air Medal, he was also a Hell Cat Pilot in the Philippines.
Mr. Kreider was preceded in death by his sister Rosine Heisler and is survived by his nephew Robert Heisler and his wife Becky, his niece Cindy Shimp and her husband Thomas, and his step son Robert Bryan.
Mr. Kreider will be laid to rest with Military Honors at Arlington National Cemetery at a later date.
Service have been entrusted to DeBord Snyder Funeral Home & Crematory 141 E. Orange St. Lancaster Pa 17602.

Offer Condolence for the family of Glenn Richard Kreider