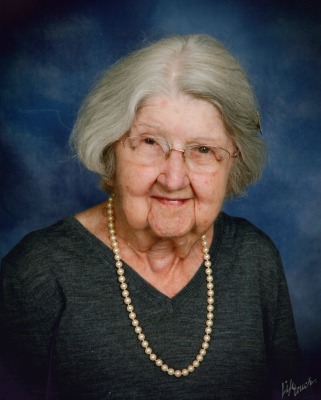 Georgia N. Behuniak, 98, passed away on March 23, 2017 at Landis Homes.  She was the wife of the late George Behuniak who preceded her in death.  Born in Ringgold, LA., she was the daughter of the late James R. and Lois V. (Bryan) Norman.

She proudly served in the U.S. Army during WWII where she was assigned to the 1st Base Post Office stationed in England then to the 23 Base Post Office in England.  During this time, she received the African European Campaign Medal, Good Conduct Medal, the WWII Victory Medal as well as the Meritorious Unit Service Plaque.

After serving in the military, Georgia spent much of her career as a seamstress working at the VA Hospital in Montrose, NY and a clothing designer for her own business, Westchester Woman.

She was a member of Grace Baptist Church in Lancaster, PA.

She is survived by her two daughters, Lois Ayers (wife of Philip) of Roanoke, VA and Marsha Shirk of Lancaster, PA and a son, George Behuniak (husband of Susan) of Hopewell Junction, NY.  Also surviving are grandchildren Jason Behuniak, Heather Blue and Emily Walsh and great-grandchildren Adrian Miller, Nadia and Keira Behuniak, and numerous loving nieces and nephews.

She was predeceased by sisters, Faye Langston, Mary Pinchera and brother James Norman.

Relatives and friends are respectfully invited to attend a Life Celebration service in the EAST Bethany Chapel at Landis Homes, 1001 E. Oregon Road, Lititz, PA 17543 on Monday, March 27, 2017 at 2:00 PM.

Interment will be private at Indiantown Gap National Cemetery.  Contributions may be made in her memory to The Landis Homes Giving Fund.

Offer Condolence for the family of Georgia N. Behuniak