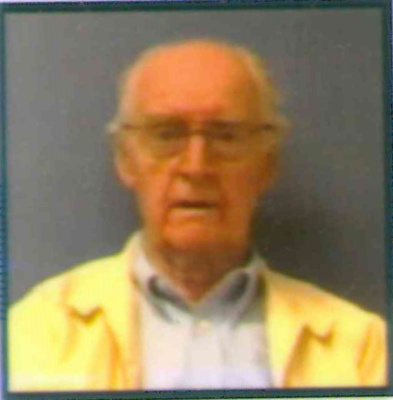 Lancaster native George W. Glick, Jr., 91, passed away Wednesday, August 18, 2021, at Southeastern Veterans Center, Spring City, Pennsylvania.  Born December 2, 1929, in Lancaster, he was the son of the late George W. Glick, Sr. and Celia (Thompson) Glick.  Before taking up residency at the Southeastern Center, he resided in York with cousin Gladys Achenbach and her husband, Dale.

George graduated from J. P. McCaskey High School and Franklin and Marshall College.  He served in the U. S. Army during the Korean War.  He enjoyed a short career as a semi-pro baseball pitcher and pitched for several years at the development league level in the Pittsburgh Pirates organization.  His primary occupation was as a geologist working in Arizona and other western states and spending several years living and working in Australia.  Subsequent to the years spent in this profession, he worked as a stockbroker in Lancaster and eventually founded and operated his own firm known as Individual Securities, Ltd.

He was preceded in death by his parents and aunts Grace G. Dyer and Gladys Irvin and uncle Thomas Glick, as well as step-mother Carrie Glick.  He is survived by cousins Harry Irvin and wife Diane of Macungie, Pa., Jeffrey Irvin of Titusville, Florida, and Gladys Achenbach and husband Dale of York.

Graveside burial services for close friends and family will be conducted at the Greenwood Cemetery in Lancaster.  Memorial gifts may be made in George’s name to the Wounded Warriors Project based in Jacksonville, Florida.

Offer Condolence for the family of George W. Glick, Jr.