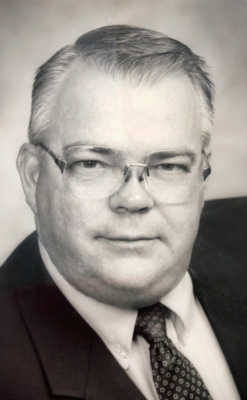 George T. Moreau passed away on August 23, 2021. He was a resident of Willow Valley Retirement Communities, Lancaster Pennsylvania.

George was born in Indiana, Pennsylvania on March 10, 1936.  He was the son of the late Walter Moreau and Ruth Jones Moreau.  He was a graduate of Indiana Joint High School and served in the United States Army, 15th Engineer Battalion, 9th Infantry Division, stationed in Germany.

After his army days, George attended and graduated from Bucknell University with a degree in Civil Engineering in 1961.  The first 8 years after graduation he worked in the highway construction industry working in Pennsylvania and Connecticut.  In 1970 he returned to Indiana to accept the presidency of   A. F. Moreau & Sons a company started by his grandfather and continued by his father and two uncles.  Leading the way for growth at  A. F. Moreau & Sons, George and three of his cousins took on the franchise of Star Pre-Engineered Buildings.

In 1979 George was offered and accepted a position with Dunphy Construction, the Butler Buildings Systems contractor in San Diego, California; rising to the position of Chief Operating Officer of that firm.   After opening an east coast office for Nielsen in Charlotte, North Carolina, George retired in 1998.  Along the way George became a Registered Professional Engineer in Pennsylvania, West Virginia, and California.

George was an active church member at the various Episcopal Churches he attended serving as both Junior and Senior Warden on several occasions.  He was also a member of Free & Accepted Masons, Consuelo Lodge 325.  The children, golf, and in later years bridge, were his greatest joys.

A virtual celebration of George’s life is being planned. Interment will be at a future date at Christ Episcopal Church, Indiana, Pennsylvania.

Offer Condolence for the family of George T. Moreau