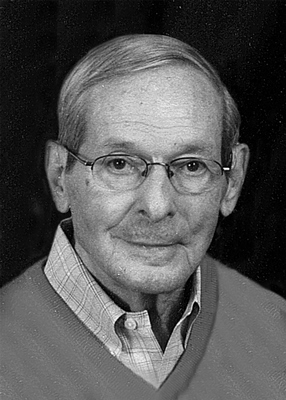 George was born in Washington PA on November 2, 1930 to George Meredith Bookman and Dorothy Parke Bookman, and died on Valentine’s Day at the Glen in Willow Valley of Alzheimer’s disease. He graduated from Washington High School, and from there he went to the Virginia Military Institute in Lexington Virginia, George was a hurdler on the VMI track team for four years, a member of the Honor Court, and was one of the designers of the 1952 VMI class ring. He graduated with a degree in Civil Engineering in June of 1952 and was commissioned a 2nd Lt. in the U. S. Air Force. He served as a Company Commander in Korea 1952-53. He married his college sweetheart, Nancy (Thompson) Bookman, in Charlotte, NC, on November 27, 1954. They celebrated their 61st wedding anniversary last November.

George began his business career at International Harvester in the Construction Equipment Division in Chicago, Illinois. This career took the family from Chicago to Atlanta to Charlotte to Overland Park, Kansas, and to Pittsburgh before settling in 1968 in Lancaster PA, where he later became a Vice President of State Equipment Company. Following his retirement in 1990 he was a real estate agent for Coldwell Banker for nine years. Through the years, George served as Trustee, Deacon and Clerk of Session of Highland Presbyterian Church in Lancaster, as well as the facilitator during Highland’s latest church renovation. George was a charter member of the Highland Presbyterian Memorial Garden Committee and he was Past President of the Lancaster Historic Preservation Trust.

George loved his family, his friends, Christmas, Westerns, his 1951 MG, the backyard fish pond, Kilmer and VMI. (Scott says not necessarily in that order!)

The family wishes to thank Kathy, Sherri, Josh, Linda and the rest of the staff on the second floor East of The Glen at Willow Valley for their kind and compassionate care and Matthew, their angel from AseraCare Hospice.

Offer Condolence for the family of George Meredith Bookman, Jr.