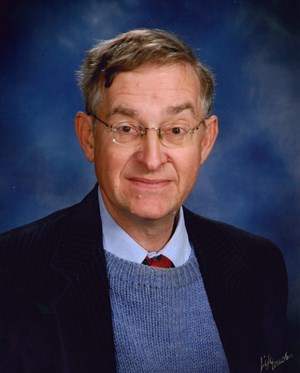 Many Lancastrians of a certain age will remember George’s good cheer and enthusiastic conversation at Joe Myers Restaurant on Lincoln Highway East.

George was the son of the late Joseph A Myers Sr and the late Mary C Myers.  He graduated from Lancaster Country Day School in 1962 and studied a further year at Webster Academy in Webster, Massachusetts.  He earned an Associate of Arts degree from York Junior College, as it then was.

As a young person working in his father’s restaurant, George watched the coins coming through the till and kept the valuable ones.  He sold his collection to Dennis Steinmetz in 1974, and his collection became the nucleus of Steinmetz Coins and Currency.

Through self-education, he became expert in Japanese netsuke and Vienna bronzes.  His sharp trading was profitable, and through these interests he made a network of friends around the world.   He earned his retirement by auctioning his collections through Sotheby’s.

His collections were displayed in a low-ceilinged chamber in the upper story of his house, which one entered by wriggling through a passageway from the back of his clothes closet.

He enjoyed trying new restaurants, and would readily go out with a friend for “glease”, his affectionate term for cheap Chinese food.

He was a regular spectator at polo matches in Toughkenamon and at model airplane meets at Geist Road.

George volunteered many hours with the Literacy Council, teaching English as a Second Language to immigrants.

George befriended homeless people, treating them with respect, remembering their names and helping them from his own resources.

He was a lifelong member, and longtime deacon, of the First Presbyterian Church of Lancaster.

George chose no treatment for his cancer, dying with dignity and serenity.

Acquaintances will remember his many interests, the relaxed authority with which he spoke of them, his memory of sometimes inconvenient accuracy, and his acerbic observations and wit.

He is survived by two brothers, Jay W Myers and Joseph A Myers Jr, both of Lancaster.  A third brother, Fred A Myers, died in 1991.

Relatives and friends are respectfully invited to a Memorial Service on Saturday, March 5, 2016 at 11:00 AM at First Presbyterian Church, 140 E. Orange St., Lancaster, PA 17602 with the Rev. Dr. Geoffrey Kohler officiating.  The family will receive friends on Saturday from 10:00 AM until the time of the service.  Interment will be in the church memorial garden at the convenience of the family.  In lieu of flowers please honor George’s life by donating to the Pastor’s Discretionary Fund at First Presbyterian Church, 140 E. Orange Street, Lancaster, PA 17602, marking your donation as “George Myers memorial” in the memo line.  These monies are used to help people who come to the church in need.

Offer Condolence for the family of George Leaman Myers