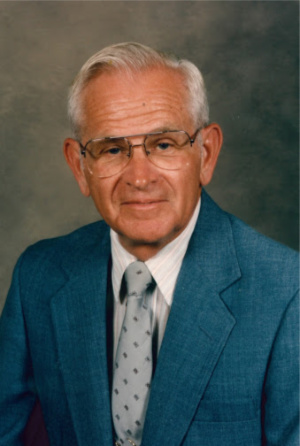 George was born October 23, 1926 in Flushing, New York.  George served in the US Army in WWII.  He attended the Antonelli School of Photography in Philadelphia and later served on the Board.  George met his wife, Millicent “Dixie” Clara Williams, while vacationing in Spring Mount, Pennsylvania and they later married in 1948 in Philadelphia.  They moved to Springfield, Pennsylvania in 1954 where they raised their family,

George’s hobby and profession was Photography and he always had a camera in his hand.  He also enjoyed working on his automobiles, being a handyman around the house and helping others that asked for his assistance.  George and Dixie loved camping and traveling.

George began his lifetime career with E. I. DuPont de Nemours & Co., Inc. as a photographer.  His nickname “Dutch” was given to him by his co-workers because there were several “Georges” in the department.  During the years under his direction, the “Studio” had grown from black and white photography to all phases of photography including recording commercial grade television videos.  He retired after 40 years.

His love for photography continued into his retirement.  George and Dixie moved to Conway, South Carolina enjoying gardening and the beach.

They returned to Lancaster, Pennsylvania and made their home in the Willow Valley Community.  With the progress of digital photography, George set aside his 35mm equipment and invested in new cameras and computers.  For years, he photographed the community events, family functions and anything else that caught his eye.  George shared his love of photography by having art shows.  He is leaving his family with a legacy of thousands of photographs and videos.

A Celebration of Life will be held for immediate family.  Memorials will be made to Hospice & Community Care of Lancaster.

Offer Condolence for the family of George H. Grotyohann, Jr.