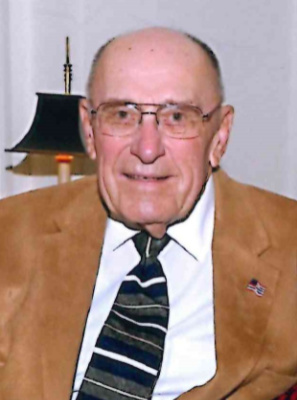 George E. Rutter, of Lancaster,  passed away September 02, 2021 at Landis Homes. He was born December 11, 1926, in Lancaster, the son of the late Raymond G. Rutter, Jr. and the late Eva E. Rutter York. He was raised in the Lutheran faith. He is survived by his wife Barbara (Weaver) Rutter with whom he celebrated 52 years of marriage on April 27, 2021. He is also survived by two grandsons Bradford G. Rutter and Gregory H. Rutter II (Christyn), two great-grandchildren Ella Jane and Gregory H. III, his daughter-in-law Fern Dannis (Greg’s widow) and a sister Nancy L. York wife of Allan W. York, Jr. of Greer, SC. He was predeceased by two sons, Gregory H. Rutter on August 13, 2021 and Geoffrey B. Rutter, 2006.

George was educated in the School District of Lancaster and was graduated from McCaskey High School class of 1944. He went immediately to Penn State under the wartime trimester system. He enlisted in the U.S. Navy in September, 1944, serving in the amphibious force on LCT-837 primarily at Okinawa until discharged in 1946.

In September, 1946 he enrolled at Franklin and Marshall College and was graduated from F&M in 1949 with a BA in Economics. George played high school football and ran cross country. He was an outstanding track athlete in both high school and college. In 1944 he finished third in both the quarter mile and the half mile in the PA State High School Track Meet. He lettered at Penn State at age 17. In 1948 he won the Middle Atlantic Inter-Collegiate Athletic Assoc. quarter mile championship at Rutgers with 35+ colleges and universities competing. George captained undefeated track and field teams in both high school and college.

George was a life member of the BPOE Lodge 134 and a life member of Phi Sigma Kappa Fraternity. He was a former member of the Hamilton Club, Meadia Heights Golf Club, Indian Springs Golf Club and the Olde Hickory Golf Club. He was an avid sports and entertainment enthusiast. George enjoyed all sports and played golf regularly until 2010. He also played tennis starting at age fifty. As a young man he was a chess and bridge player. He was an avid reader and solver of puzzles- crosswords and other types. He and Barbara enjoyed vacationing in Hilton Head and taking Caribbean cruises.

A graveside service will be held on Wednesday, September 8, 2021 at 11:00 AM at Groffdale Mennonite Church Cemetery, 168 N Groffdale Rd, Leola, PA 17540 with Chaplain Robert Kanagy officiating.

In lieu of flowers, contributions if desired, can be made in George’s memory to the Landis Homes Caring Fund, 1001 E. Oregon Road, Lititz, PA 17543 or a charity of one’s choice.

Offer Condolence for the family of George E. Rutter