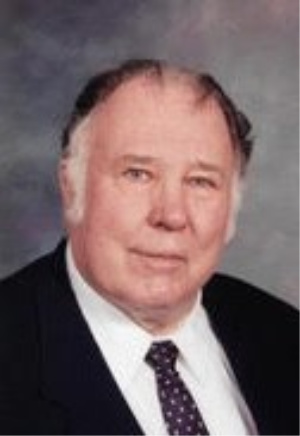 George D. Robb II of Lancaster passed away on Thursday, December 19, 2019 at Moravian Manor.  He was the loving husband of Doris (Krumrine).  They were married for 56 years.

He was born in Altoona, PA, the son of Eugene and Josephine (Moore) Robb.

He was a graduate of Penn Manor High School and Millersville University.  Following graduation from Millersville, he served in U.S. Army during the Korean Conflict.  After returning home he was employed as a chemist by Wyeth Laboratories in Marietta where he worked until his retirement in 1992.

He was a member of Church of the Apostles UCC, East Petersburg Rotary Club, Sons of the Revolution, Keystone Trails Association, and a volunteer in numerous capacities with the Boy Scouts of America. His many interests included classical music, collecting model trains, envirnomental causes and watching Jeopardy.

Relatives and friends are respectfully invited to attend a funeral service at the Church of the Apostles, 1850 Marietta Avenue, Lancaster on Monday, December 30 at 11 a.m. with the Pastor Kathryn Kuhn officiating.  Friends may meet the family from 10 a.m. until the time of the service.  Interment will be in Conestoga Memorial Park.  Contributions may be made in George’s memory to,  Pennsylvania Dutch Council, Boy Scouts of America, 630 Janet Ave., Suite B-114, Lancaster, PA 17601 or Sierra Club-Lancaster Group, P O Box 8344, Lancaster, PA 17604

Offer Condolence for the family of George D. Robb II