You are here: Home / Obituaries / George and Brenda Heebner 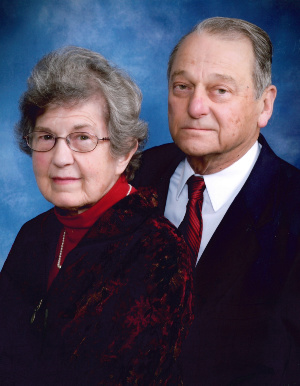 Brenda (Brendlinger) Heebner left this world and crossed over into the arms of Jesus on May 31, 2019.

Brenda was originally from Pottstown, PA.  She graduated from Pottstown high school and earned her Bachelor’s degree from Elizabethtown College.  She worked as a medical technologist in the laboratories of Penn State Health – Milton S. Hershey Medical Center and retired from Lancaster General Hospital –Penn Medicine.

Brenda was a dedicated and loving wife.  She loved her family and took great pleasure in hosting family get togethers.  Everyone looked forward to her lasagna.  She was especially fond of her many nieces and nephews.  She would often take them on outings and vacations, creating memories of a lifetime.  She was one of the kindest and most warmhearted persons that many have ever met.  She could see the good in anybody and brought out the best in everybody.  Brenda also loved her cats.  She owned many throughout the years and cared for them tirelessly, doting on them and showering them with love and affection.  Brenda also loved classical music and accompanied her husband to the orchestra often.

It is the belief of her family that Brenda lost her will to live upon learning of her husband’s terminal status and died of a broken heart.  Due to her dementia, her husband was her primary caregiver for many years.  Brenda was survived by her husband George, for only two days, before they were reunited in heaven.  She is also survived by her sister Jean Reger, wife Frank, of Mitchelleville, MD; and their children John Reger and Beth Shores.  Her sister, Linda Koval, wife of David, of Winter Spring, FL; and brother Curt Brendlinger, husband of Patricia, of Bechtelsville, PA and their children Steven, Daniel, James and Jason Brendlinger and Susan DiBuono.

George and Brenda did not have children of their own.  They became close friends of a couple, Doris and Bill Kuhns, and their daughters, Mona Frey, wife of Jeff and Eve Tillman, wife of Matthew.  Before Bill died in 1986, he had asked that George and Brenda look after ‘his girls”.   The Heebner’s took this request very seriously and became intimately involved in Mona and Eve’s lives.  Together, with their mother, they helped to raise and love Mona and Eve through adulthood and were thought of as family in every sense of the word.  Mona and Eve’s children, William (Billy) O’Donnell, David White and Mason Tillman, were like grandchildren to the Heebner’s and they spoiled them, as any good grandparent would do.  George and Brenda touched many lives, some in profound ways, and they will be greatly missed by all.

George T. Heebner left this world and crossed over into the arms of Jesus on June 2, 2019.

George was an active member of his community.  He served as the head wrestling coach for Octorara high school for 25 years, and remained active in the sport volunteering as a referee.  George was inducted, via the Pennsylvania Chapter, into The National Wrestling Hall of Fame in 2008 for Lifetime Service to Wrestling.  He was a member of Highland Presbyterian Church.  George was a Master Mason and member of Lodge No. 43 of the Free & Accepted Masons.  For many years he was active with the Christiana Lion’s club.  In his retirement he volunteered with the school district of Lancaster and provided extra help to elementary school children who struggled with reading.  But, his most important role was husband and caregiver of his adoring wife, Brenda, who suffered from dementia for the past 6 years.

George loved music, especially classical music.  He was a season ticket holder for the Lancaster symphony orchestra.  He was a drummer and especially enjoyed the tympani drum.   He enjoyed singing and was a member of the church choir, his last performance, only one week before his passing.  George was into physical fitness and would often leave his wife a note that said “gone fishing” which meant that he was jogging through Lancaster County Central Park.  .  George was passionate about advocating for education and cultural experiences to youth everywhere.  His passion could be seen throughout his teaching career and volunteerism.  He also led many youth programs for the church.  It was important to him that the leaders of tomorrow are well rounded, learning not only academics, but that they are exposed to music, theatre, shown a love and respect for nature, and even fine dining.

George was preceded in death by his wife, Brenda Heebner, with whom he spent more than 50 years.  He was survived by his niece, Luanne Cornacchione, wife of Dr. Mario Cornacchione of Wilkes-Barre, PA and their children Louis and Jesse; his niece Karen Sodrick, wife of Ned Sodrick of Paxinos, PA, and their children Benjamin and Sarah; and nephew Ron Kanaskie of Riverside, PA.

Offer Condolence for the family of George and Brenda Heebner